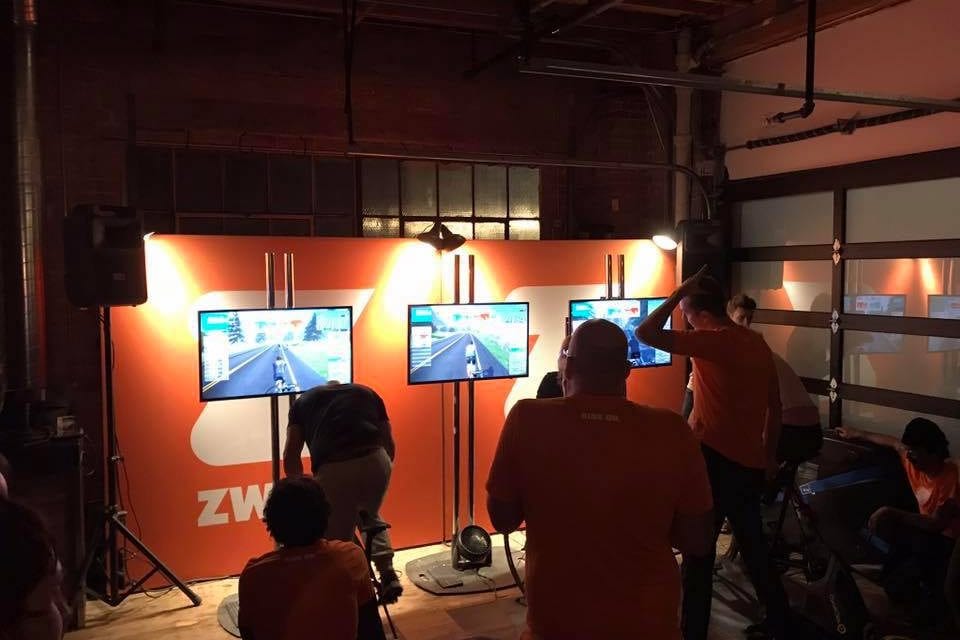 My interested was piqued when I heard that the Washington State Bicycle Association (WSBA) was organizing a winter race series, because as far as I know this is the first time a USA Cycling (USAC) local association had organized a race series on Zwift. The WSBA is blazing a trail here, and that’s exciting! I’m sure in the near future we will see many more sanctioned associations organizing Zwift events for their members and cyclists at large, but for now I wanted to get more info from the WSBA about their “SweatFest” race series. Here are the details…

The WSBA is the USAC Local Association representing competitive bike riders across Washington, North Idaho and Oregon. (Membership in the WSBA is independent of one’s affiliation with USAC and details can be found here.)

Birth of the Series

As the WSBA sees it, growing a winter, indoor series benefits new and existing members by providing an opportunity to enjoy the social, community and fun elements of the traditional race season from the comfort of their own home. The short days and cold temperatures make this an appealing and safe option.

As this series was designed the key elements of focus were:

Organizers opted for mostly flat courses and a one-hour format to keep groups tight and the duration approachable.

They developed a Facebook page and use Discord for chat during the event amount participants, while the folks at Team ODZ have been live broadcasting the event on their Zwift Live by ODZ page.

Trophies will be given to each Zwift category series winner as shown to the right but the real emphasis is on participation, so organizers are collecting assorted prizes to offer to individuals based on participation.

Final results count towards the rubber chicken trophy which is serious glory but it’s clearly about the fun and not to be taken too seriously.

Though only WSBA members are eligible to win the ‘schwag’ all Zwifters can join in the series races.

Races occur every Wednesday night from January 3rd to February 28 at 6:25pm Pacific.