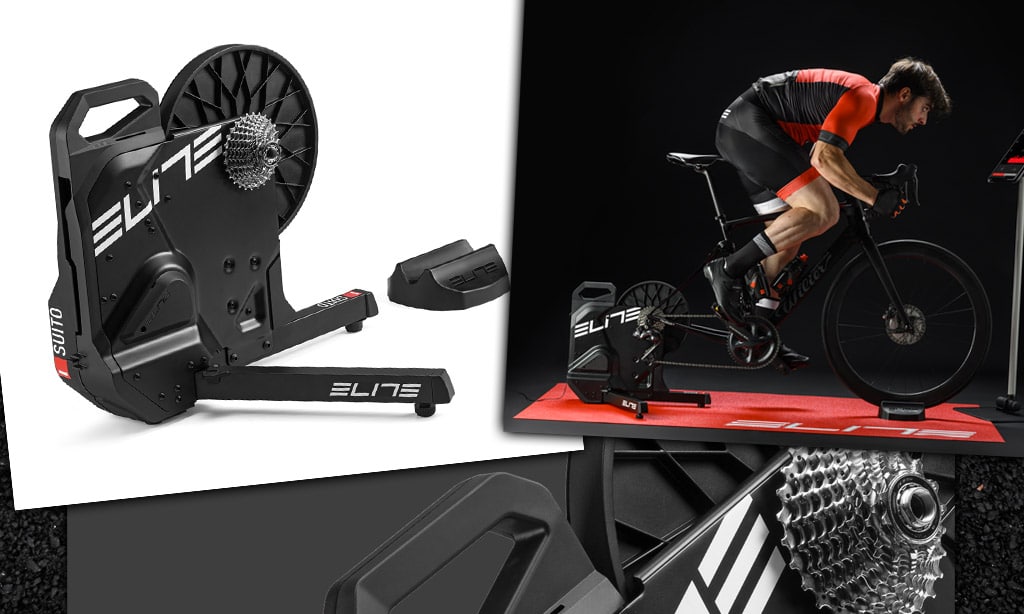 Today we got some fun news–a new direct-drive smart trainer has been announced. It’s been a while!

DC Rainmaker says, “I suspect this will be the trainer to beat value-wise this year.”

The Suito is essentially an upgraded Direto, at the same price. While its slope simulation, power accuracy, and max wattage are very similar to the Direto, the Suito is quieter and performs better in ERG mode. Plus: it comes with a cassette!

The cassette thing is kind of a big deal, actually. It is baffling, but the Suito is the only smart trainer other than Wahoo’s $1199 KICKR shipping with a cassette.

For some, the cassette issue isn’t a big one. But many cyclists don’t own the tools or possess the expertise to swap a cassette. Buying a cassette and the tools to install it can run ~$100, so this is a significant consideration for anyone who doesn’t have a spare cassette and chain whip and lockring removed sitting around.

Elite’s marketing is really focusing on the Suito’s ease of setup (and I quote):

This is Elite’s first direct-drive hometrainer that comes totally pre-assembled out of the box….

The unit folds to a very compact shape, only 8″/20cm tall if you lay it on its side. It would be even smaller if you removed the skewer, which is the widest part.

DC Rainmaker says the Suito is indeed quiet–he guesses it’s a bit louder than the very quiet Wahoo KICKR Core, but quieter than the Elite Direto. So, quieter than your fan!

AppleTV users will be happy to see the Suito includes cadence in its Bluetooth data, meaning you still have a Bluetooth connection available for your heart rate monitor, making setup quick and easy.

Every Suito includes a card which gives you a 1 free month of Zwift membership.

US deliveries are expected in the first week of September. Clever Training is currently taking pre-orders for delivery in “late September.”

Moreover, the streamlined design ensures compatibility with various bicycle models and sprocket sets on the market.

Looking for more details on the Suito, including power accuracy and unboxing? Check out DC Rainmaker’s post >

What do you think? Does this look like a trainer you may want to pick up for the next Zwift season? Comment below!