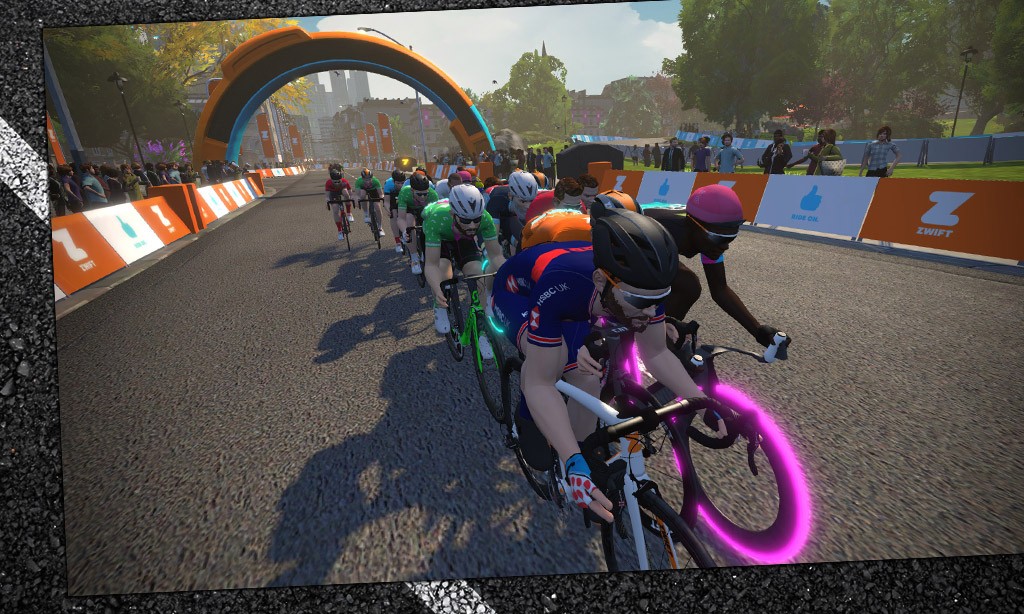 In the 20 years that I’ve been riding and racing bicycles, I’ve come across many people who sport the belief that longer rides and races are better than short ones. And while this in itself is a completely valid opinion, sometimes those expressing this view go as far as belittling anyone that chooses to participate in short races, making it seem that short events are only for the new and inexperienced or the “slow and weak”!

In triathlon (which I did for 10 years) this belief is even more widespread and extreme. A lot of people I know and raced against turned to long-distance racing even while trying to juggle their busy working and family lives and constantly battling with their own bodies. In my tri years I competed in some Olympic-distance races, but most of the time I chose the so-called “sprint” distance. (How anybody could call a 750m swim, 20k bike race and 5k run a “sprint” is still a mystery to me!)

But the same belief is held by the majority of cyclists as well it seems, and is also prevalent in our Zwifty universe. So I want to offer a sort of counterbalance. Here are some of the reasons why I think shorter might be better than longer:

Like most things in life: quality is what matters, not quantity. And the argument that a short race is not worth the traveling or even to put on all your kit is irrelevant for Zwift racing!

As an extreme example: a guy like Usain Bolt did not have trouble going to all the hassle for races of less than 10 seconds, and you’d be crazy to call him a newbie, weakling or to belittle his impressive career for the fact that he chose short races.

So no problem if you continue to go long, but please give us “shorties” some respect… and maybe try it once in a while. It’s fun!

Do you prefer short races, or long? Why? Share below! 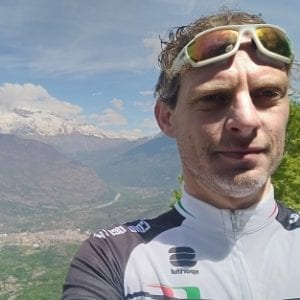 Michiel is a Dutch cycling enthusiast, riding since the early nineties. He's been a DIRT (Dad Inside Riding Trainer) for the last 12 years, switching to Zwift in 2015. He is trying to intersperse a family life and a busy job as Energy Manager with as much short, intense and enjoyable riding as his diary allows... while also spending way too much time following and enjoying all things Zwifty!

I agree. The crit city races might be the best example… 8 laps is short but the race was just as or even more interesting then the 22 lap version I did a while ago.

+ just like you I don’t (can’t) sleep the first 2-3 hours after a one hour race, which on weekdays tends to be problematic.

Agree. The short Crit City races are a perfect addition to a longer training session as well. I like being able to dig much deeper for a short effort. It’s making longer races feel easier.

At first I was annoyed at the 20min races. But after a couple weeks of trying them, I really like.

Good change of pace, just like the occasional 90 min race instead of always 60

Thank you for that reminder and also, for the majority of us, there are more important things than being able to ride 100 km “well”. So… a quick Zwift race later today and then some quality time with the family!

Totally agree – I work, 4 kids and 3 grandkids, do a lot of different things and frankly, being on the bike for more than 2 hours at a time is time challenging. I am in no way ashamed of my schedule!

I really enjoy them…because as a 100kg rider with no stamina and lots of power…I have my chances on the short ones!

Maybe short races are more ‘convenient’ for the reasons given, particularly for more powerful riders. However IRL bike racing is an endurance sport (excluding track events). As a rider with less power but more endurance if I can hang on at the start, after the first hour the pendulum swings in my favour! Yet one more difference between Zwift & Real World racing – they each have pro’s & cons, but are not the same.

I have similar characteristics as a rider. I’ve been able to use these races either inserted in the middle or towards the end of a longer riders, or I’ll plan to finish an outdoor ride near the start of a short race. It’s a great way to build higher end power with fatigue already in the legs. This is where Zwift offers something the real road can’t. If I’m cooked and get dropped, who cares, I’m home. Creating a similar scenario on the road is difficult and or dangerous.

“But the same belief is held by the majority of cyclists as well it seems, and is also prevalent in our Zwifty universe.”

Where does this happen? I’ve been on zwift for 3 years and have never come across this.

nope, not for me, i like the longer stuff, where endurance comes in, then those short sprint things

When my legs aren’t fatigued, it’s often saddle discomfort from turbo sessions longer than ~60mins in one sitting (or even sooner) that become my weakest link, if not planning ahead well enough for a >60min session (perfect example right now, I’ve got a 1hr9min TT Tune-Up workout to squeeze in before dinner in <75mins). However, even though I've only done a few and they don't attract many riders, I do like the Flying Cheetah longer TTs that typically seem to be ~75mins long on a good day for me. On the flip side, shorter races make the Zwift race categories… Read more »

Some great points there. I race triathlon, sprints upto 70.3 and find there seems to be a bit of snobbery in Triathlon “if you’ve not done an Ironman are you a triathlete?” I probably enjoy the sprint distance the most. However my physiology is probably better suited to the longer stuff.
Shorter race are definitely more dynamic.

A “friend” of mine does Iron Mans, and even she has eluded to her and others looking down at those that celebrate doing a half (what’s it referred to as, a 70.3?). I’ve also read, that some duathlons, which technically are shorter than a Tri, can be much harder to do. Comparing a short vs long race on Zwift, is like comparing a 5000m runner to a marathoner. They’re both good at what they do, and they probably can both beat each other at their own sport. Not everyone is made to do short fast races, and not everyone is… Read more »

Exactly! I endorse your comments. Horses for courses, each to his/her own. Enjoy your sport however you chose and the benefits it brings to you. Celebrate your achievements; don’t let the negative opinions of others take away from your individual successes. Ride on!!

You really shouldn’t treat a short race day any different from a long race day as far as your training plan goes. Recovery is key, stick to 2–3 race days a week. If you want, do two races in a night instead of two nights in a row.

Not sure I agree. A short race Typically gets you less training stress than a long one, which means less recovery time needed. Or am I missing something?

Espresso races are awesome fun with the warmup built in and 6-9 miles of flat out racing.

Totally agree you nailed it. I have done endurance all my life up until Zwift (e.g. IM) and I have had so much fun doing the tdz races. They are so accessible and even the general route segments are like mini races. It has definitely forced me to rethink everything I thought I knew about training from scratch.

ZWIFT NEEDS A VELODROME!!!
Let’s get some really short races on the go

Log into Zwift. Choose to do a velodrome race. Get auto matched against 3 other riders. Do a quick 1km race. Repeat.

No need for organised races or having to sign up with the companion app. It would be just like playing an online game with a matchup lobby.

sounds good in theory but i think the majority of Zwift users are not powerhouses world tour champs….rather they are like me – pure Mamil or rather OFIL (old fools in lycra). What’s the point of joining a velo ride with others to have them power away and lap me 8 times….I would rather ‘race’ and find other similar OFIL and try to draft and keep up – that’s the challlenge and fun for me. To see how long i can keep up with the better riders.

Right i
Do
Accept short
Is
Betetter

Whoever wrote this ought to tell us what a short race is…. different people will have different takes on the word ‘short’.

Very good remark, it IS personal! My optimum race length is between 10-45 minutes, and any race of more than 60 minutes I find too long to do more than once in a while (while once in a while 😉 is around 3-4 times a year on Zwift)

Thank you for this endorsement of the short race!!!
I don’t race and the long format kept me away. The short format of this year’s TdZ has encouraged me to try racing and I’m having a blast! I’ve registered on ZwiftPower and it has opened up a whole new world of riding on Zwift.

On Zwift, 100% agree. There is no entry fee and if the race goes to crap it’s only for a few minutes instead of a demoralized 25 mile solo ride back in during an outdoor race. Plus I hate doing “structured training” but I am competitive so for me if I can do a 30 minute race and have to give it my all it’s a win-win…and it’s free (other than Zwift membership obviously.). And I usually can get a good detail of what the course is like. Like in Tour De Zwift I did the long group rides for… Read more »