Update: RUNN can now be purchased directly from the Zwift Store.

Last week saw the announcement of the Runn Smart Treadmill Sensor from North Pole Engineering. With a strong feature set, expected release date of December 13th, and very competitive price point ($99USD, on sale for $89) this is an exciting product for Zwift runners.

Buy the Runn at CleverTraining.com >

NPE are well-known in the Zwift world for their small CABLE device which is not actually a cable, but a pod converting ANT+ signals into Bluetooth signals. It’s very useful for people who own the Garmin footpod for example but who want to run Zwift on an iOS device, which only accepts a Bluetooth signal. Connect your footpod to the CABLE and connect the CABLE as a speed source in Zwift. It’s a really good device.)

Now, NPE have worked in collaboration with Zwift to develop the Runn Smart Treadmill Sensor. It is a small device which sits on the edge of your treadmill and looks over at the belt with an optical sensor, two in fact. The idea is that you affix three or four strips of white 3M tape at approximately equal distances apart on the belt and from this, the sensors can measure the speed at which the belt is traveling.

This way of measuring the speed of the belt may remind you of the Run Social Treadtracker which is no longer available but well regarded by those who purchased it. Using a rather more mechanical method, the Treadtracker used a wheel placed under but in contact with the belt to measure speed and then send that data via Bluetooth to Zwift. Many have bemoaned the loss of the Treadtracker and have been waiting for a replacement.

Not only does the Runn Smart Treadmill Sensor send the speed of the belt via Bluetooth and ANT+, it also sends cadence and incline data. Unless you have a Smart Treadmill there is no other device that will do this. In fact, many Smart Treadmills won’t record cadence, requiring you to use a footpod. The only other way to get incline data recorded on the Zwift FIT file is to manually input any changes into apps like Runcline or TSS which can be paired with Zwift. Obviously this is particularly cumbersome and not ideal by any means.

If you currently use one of the cheaper Bluetooth footpods and you are not happy about the accuracy of the data you’re getting, you may well want to have a look at the Runn Smart Treadmill Sensor. If you currently use a Stryd however, you may need to consider things a little more carefully.

The Stryd is a power meter for runners. Power is something the Runn Smart Treadmill Sensor does not offer (although, watch this space for future firmware updates.) Also, Gus Nelson and the rest of the Stryd team will argue that their footpod gives a more realistic interpretation of a runner’s speed.

Let me explain. The Stryd is measuring the movement of your foot. The Runn is measuring the speed of the treadmill belt. The two will not necessarily match. When your foot impacts the treadmill belt the belt slows. It then speeds up to compensate when you are in mid-air. So your speed will, in fact, be marginally slower than that of the treadmill belt. The Stryd footpod reflects this. However, is it a more satisfying experience to see the numbers in Zwift matching the display of your treadmill more closely? Furthermore, are you happy to forgo incline data by sticking with the Stryd?

So if you’re using the Stryd, you need to have a few conversations with yourself. But if you are using one of the cheaper footpods, or the TickrX , UA shoes or the various EarPods which broadcast speed to Zwift, it is definitely worth considering the Runn Smart Treadmill Sensor.

If you already own a smart treadmill there is very little reason to consider the Runn Smart Treadmill Sensor other than for travel purposes. You can’t take your treadmill on a plane, but you now have the choice of the Runn or a footpod to use when you are away from home.

The advertised price is half that of the Stryd and around twice that of the most budget footpods. But for the potential accuracy improvements, it may well be worth it.

Plus points for the new Runn Smart Treadmill Sensor: 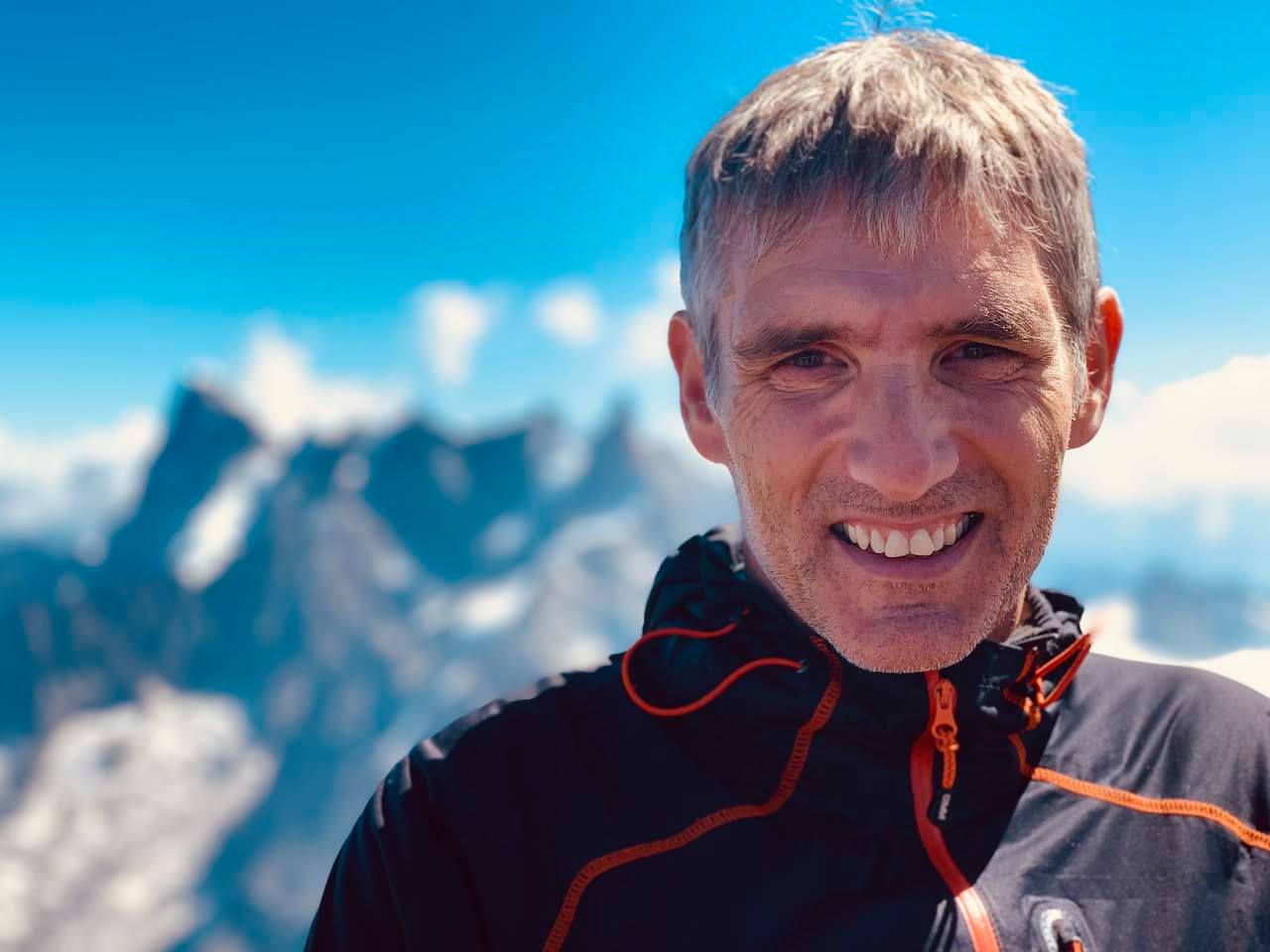 Stephen Cousins
Stephen is a Community Leader, Live Streamer, blog writer and content creator for Zwift. He has been using the platform since March 2015 and was the first to cycle 500km and the first to run a marathon on Zwift. IRL he has run well in excess of 100 marathons and ultras. Follow him on Strava >

I’ve been trying to figure out how it stays affixed to the treadmill. Does it just rest on the side? Or does it somehow clamp to the treadmill to hold it more steady? I’m curious.

There’s a user guide online, it says “Ensure that the treadmill surface where you want to mount your Runn™ is clean. With the Runn™ positioned correctly, firmly mount the Runn™ using the included 3M® adhesive tape”. That refers to the cradle, into which the Runn clips.

I think I’ll be getting one of these…

I just have a low end treadmill and using a foot pod. Would this be a good investment since many times my icon stops if I am only going 3-4mph. Not a runner mostly a cyclist and rower but use all 3 on zwift

Glad to see this getting some coverage. If it works as described, then it has a lot of potential for Zwift running.

Incline is a crucial metric that has been notably absent from the platform as only a small handful of pricey treadmills are capable of transmitting incline. The fact that it does cadence is also a boon.

If it could somehow measure heart rate then we could all run completely naked, as Jon Mayfield intended.

It may well be Keith. As yet we have not tested the Runn, so we don’t know for sure if it will live up to its promise. But it certainly looks like it could be a real alternative for those using the more budget footpods which are often unreliable and inconsistent in their reporting of speed in Zwift.

I wonder if this would work on an elliptical?

I pre-ordered a Runn sensor and received it last monday. Mount the sensor with an adhesive strip on the side of the treadmill was no problems. But attaching the small stickers onto the belt seems not to work. I cleaned the belt very carefully but the surface is rough and the small stickers doesn’t attach. They even hardly attach to a finger or a piece of paper without falling off. So at the moment I can not get it working and feel very disappointed.

Received mine today and mounted it but the speed recorded by the runn is wrong and I didn’t find how to calibrate it. Wainting for NPE support

To calibrate the RUNN module – follow the instructions here : https://npe-inc.zendesk.com/hc/en-us/articles/360037973792-Calibrate-Speed-and-Incline

Did you get it sorted and calibrated? Interested as i just ordered one.

they are sending me another one, it seems mine didn’t work

It’s a load of rubbish.It arrived today.It won’t connect.The stickers don’t remain on treadmill. It feels cheap and almost like a prototype.My advise would be avoid.

Received my replacement (BTW superb after sales service ! ) and it works nice, stickers didn’t move and the surface of my treadmill is not even flat, more like full of spades. Honestly doesn’t feel cheap at all and does the job. I was about to change my nordictrack t22 by a connected treadmill just before this was released and I’m glad I waited because I saved like 4000$ Of course it’s not perfect because it has to read speed on something bouncing so when you run at 4’00 sometimes it bounces from 4’00 to 4’10 or 3’58 for a… Read more »

Has anyone figured out how to see the incline data on Zwift while you are running? It would make adjusting it to match the incline on the map much easier. Otherwise I love this thing. Pairs to Zwift and my garmin 235.

I couldn’t agree more. I would just run outside or around the park instead of using treadmill. More importantly, at gym there’s a special payment for the treadmill usage as this consumes energy. Treadmills are indeed for suckers

Does anyone know if the RUNN device will work OK on a Curved manual treadmill?Something like the Air Runner to be used with Zwift.

Hi there,The air runner will connect via its bluetooth Connection with no need for anything extra!

Is this available in the UK yet ?

Very helpful tips. I have a treadmill at home and I practice every day. I like playing sports and I see that my running results have improved. ProForm treadmills review I get a lot of pleasure from playing sports because this way my body looks more beautiful.

I used a Stryd for a year -plain awful on regard to speed on my treadmill (which I tested for speed/distance). I got a Runn and love it! Accurate at all intervals from 0.5mph to 12mph!

Where can I buy the RUNN sensor in Germany or in Egypt?

This thing is terrible. The software needs work. We get dropped signals, double and triple speed in bursts, calibration doesn’t always work. Basically this is a phase one prototype product.