(in order of appearance)
Temple KOM from Castle Side

A gravel bike will give you the most balanced advantage here. Choose a good climber!

This route has very little flat road to speak of. Your ride begins with a long lead-in up to the Mystical Tree. This  takes you up the Temple KOM reverse, meaning you’ll do a fair amount of work before the actual route even begins!

The Kappa Quest Reverse route starts at the KOM banner inside the Mystical Tree. Descend through the jungle, and when you get to the bamboo forest you know you’re almost to the end of the dirt descent. The paved road continues downhill, though, and you don’t start going up until you hang a left onto the dirt road up through the Golden Forest. 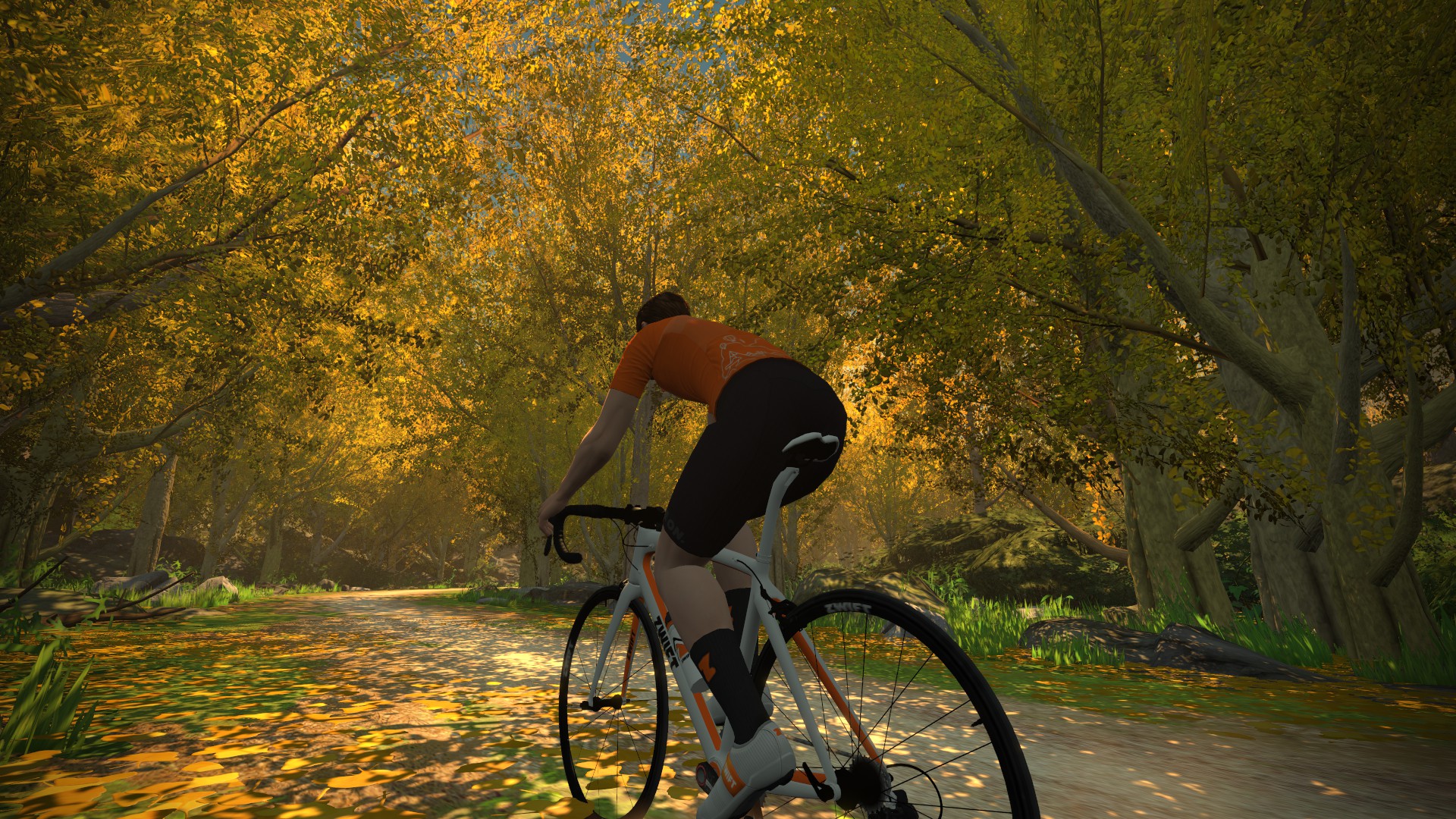 Enjoy the beautiful riverside trail, then turn onto the pavement once more to make your way down to the Castle Area, where you’ll turn left onto the dirt once again to start climbing the Temple KOM reverse. The route ends at the Mystical Tree.

Very observant. We’ve actually reached out to ZHQ to answer this very question, since the in game map shows a lead in, but the actual route awards you the badge without a lead in. It’s unclear which is which at this point! But we’ll update this post once the truth is known.

I rode the Kappa Quest Reverse tonight (11 Aug 2021). It was very confusing. I rode the lead in to the top of the first climb, then went around and climbed the hill again. The total for the ride, according to Zwift was 8.76 miles, with 885 of climbing. According to your profile table, I should have gone 12 miles. Your map shows the route as 8.8 km, not 8.8 miles. I think that your map and the data table do not have the same information, and the map is what is actually correct. I really enjoy your website. Don’t… Read more »

The route details would be even better if they had an approximate completion time against a few wkg ie 25 mins at 2.5wkg etc 🙂

Most of the routes have a BestBikeSplit link on them – although the Makuri routes do not. This lets you estimate time for a given body size and wattage…

Notable Zwift Events for the Weekend of July 2-3