The latest Milestone Pod was released in August of 2016, and is actually the third version of their pod. The first was only a prototype, the second was radically redesigned and still used by some runners today. But this latest Pod is certainly the best yet, and includes a refreshed app.

It should be noted that while the pod and (especially) the app offer a lot of metrics and tools, this review focuses on using the Milestone Pod for running on Zwift. More thorough reviews of pod accuracy and metrics can be found elsewhere, and Milestone’s own website offers a wealth of information as well.

Here’s an intro from Milestone Sports: 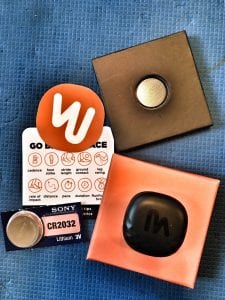 What’s Inside the Pod?

The pod contains internal sensors and an accelerometer which capture 200 measurements per second across three axes (up, down, and across).

Power is provided by a standard 3v 2032 battery which, according to Milestone, should last longer than the average pair of shoes (6-8 months). Swapping out the battery takes only a few seconds.

(The pod I received included an extra battery with a note that said some users had complained that the batteries shipping with the pods were already somewhat depleted. Kudos to Milestone for being proactive on this issue.)

The MilestonePod app is available for Android and iOS. Here are some of the features/functionality it offers:

Learn more about the app on Milestone’s site >

A note about GPS

When installing the MilestonePod app I was prompted to enable GPS for the app. I was curious as to why this was required, their app doesn’t track your runs via GPS like Strava or other apps might.

Here’s what Jason Kaplan from Milestone Sports had to say about it:

The reason we ask for location is so that we can see the beacon in the Pod.  When you run and do not sync for 10 or more minutes then you may notice a notification on your phone that you have a run to sync. This is from the beacon in the Pod and the only way we use location.  But, because we use the beacon this way the pop-up is required.  We do not connect to GPS from the app today or know your location in any way. 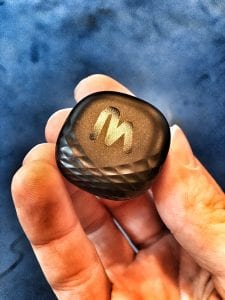 What Does the Pod Do?

You can learn more about these metrics on Milestone’s site. While oodles of metrics may not be your cup of tea, many athletes (such as myself) love this data. I found it very interesting, for instance, that my foot strike numbers show me running on my heels a lot… which is true!

The pod stores your run/metric data, then automatically syncs it to the phone app when available. Pods can store up to 20 hours of data between syncs.

The pod communicates via Bluetooth only, no ANT+ support. So if you have devices which can only pair with ANT+ sensor like some Garmin watches, you’re out of luck. But for Zwifters, Bluetooth is all you need!

Using the Milestone Pod on Zwift

Attaching to Your Shoe

Hooking the pod to your shoe takes just a few seconds. The pod will wake up and begin collecting data as soon as it senses movement. You will know it’s awake when you see the green light flash. 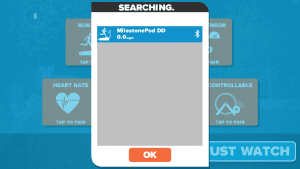 Pod is paired with Zwift!

Running is currently only available in Zwift iOS via an “Easter Egg”–see instructions for enabling it here.

If running mode is enabled and your pod is awake it should show up in the pairing screen–just select it and you’re ready to go!

Here’s a video from Milestone showing how to pair with Zwift:

The only substantial bug related to the Milestone Pod and Zwift that I’ve found is when you stop running, your Zwift avatar keeps going at the last pace it received! Getting your avatar to stop is pretty easy–just switch to another app then back to Zwift. This bug is on Zwift’s side (according to Milestone Sports) and not a big deal in grand scheme of things, considering both the pod and Zwift are still in early testing phases. 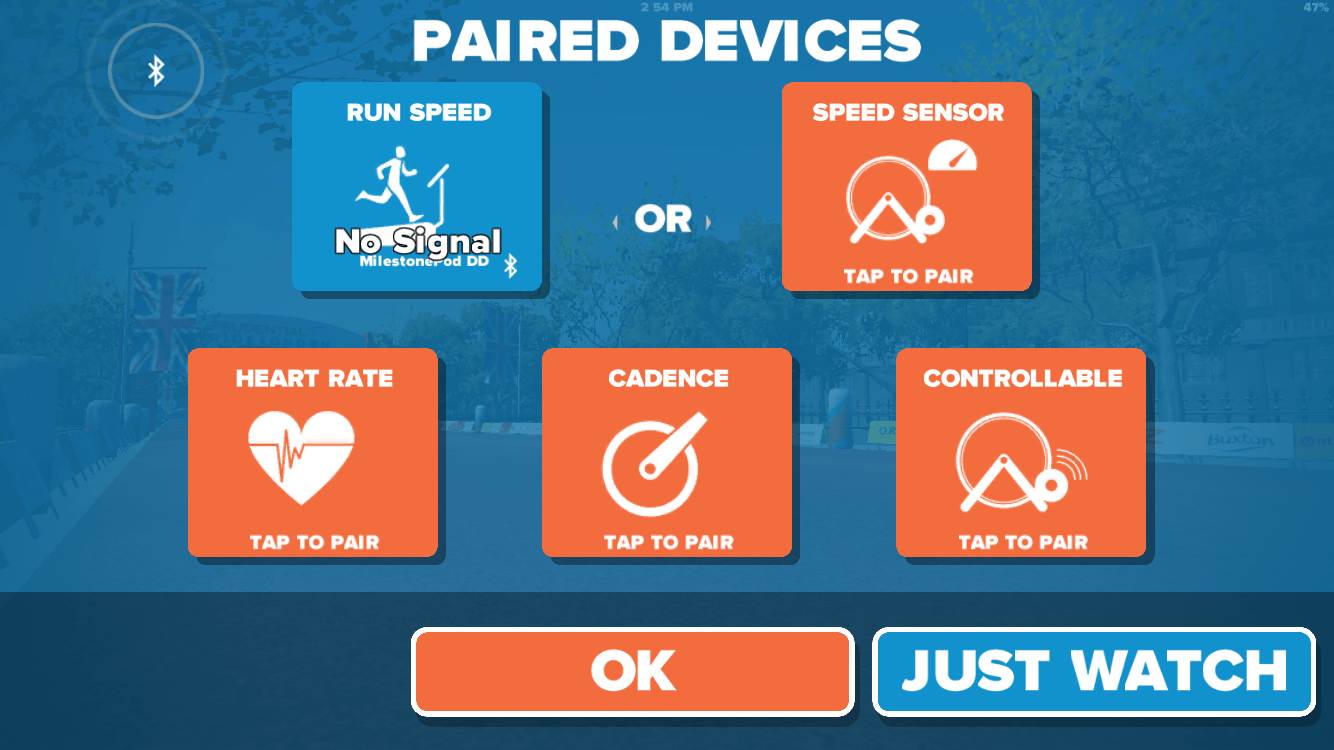 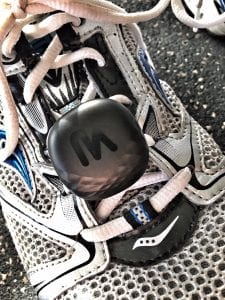 I’ve found the pod to be quite accurate in my tests, but I will also say I haven’t thoroughly tested accuracy through a wide range of paces.

Pod pace is consistently within .2MPH of the treadmill’s speed.

I’ve tried several runs where I use Strava on my phone to track the run via GPS while leaving Zwift open and running there using the Pod. In these runs my final distance has always been within 1/10 of a mile, which is impressive! Here are my latest tests: Strava Run / Zwift Run

If anything I’ve found that the pod straight out of the box is just slightly faster than GPS or the treadmill, but considering these numbers are before calibration (which can be done in the app) I would say they’re quite impressive.

Milestone states that out of the box the pod is typically 93% accurate or better.

To calibrate the pod, open the app after your first run or walk and click the “Tap to Calibrate” icon on the run detail page. This pushes an updated algorithm to your pod based on your activity metrics.

A Note About Support

I’ve had several interactions with Milestone support while testing their pod, and I must say I’ve been very impressed with their responsiveness. Whether it’s messaging them through their Facebook page or emailing their support techs, I’ve always quickly received thorough and accurate responses.

And this isn’t just my experience… I’ve heard similar testimonials from other Milestone Pod users as well!

At a price point of $24.95, the Milestone Pod is pretty hard to beat if you’re looking for a simple way to get going with Zwift Running. Even though the realtime features are still in beta, they work already and should only improve over time. 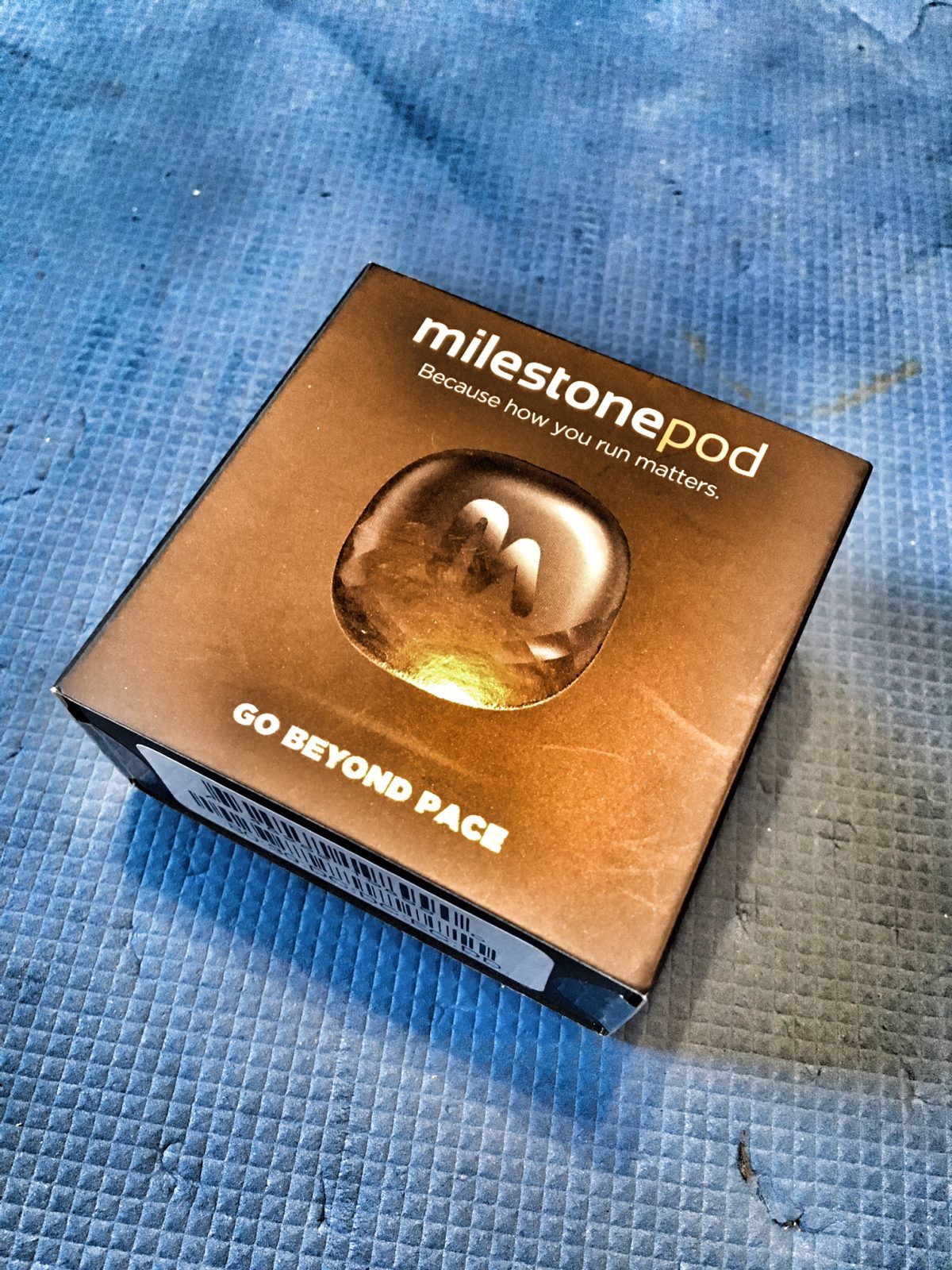