A Recovery Update from Rachael Elliot 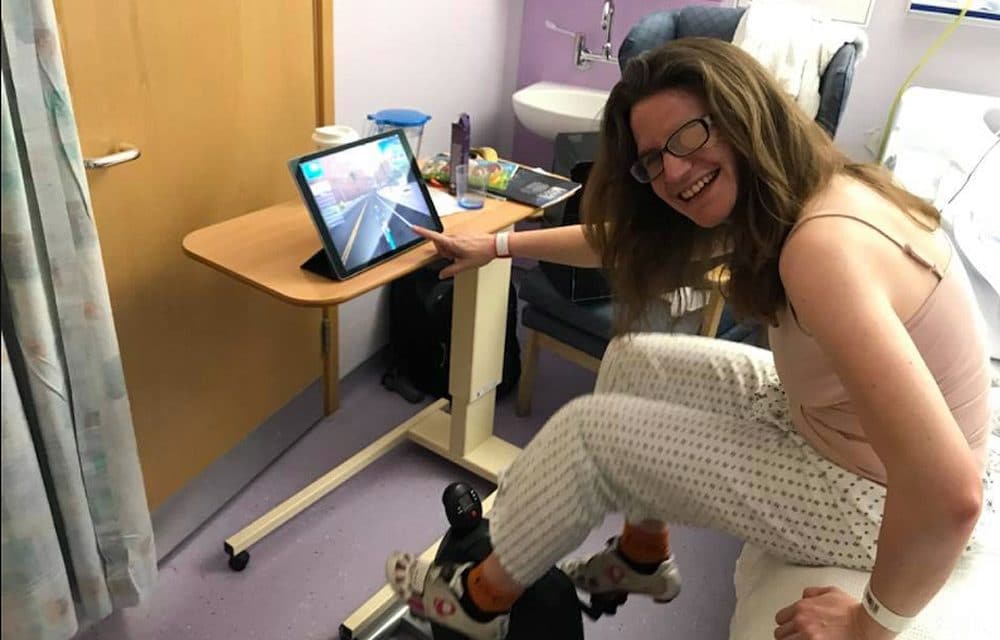 Editor’s note: I first heard of Rachael Elliot a few winters back when she jumped into her first Zwift race and blew away the men’s A field. One man questioned the accuracy of this newbie’s power, but a quick Google search revealed that Rachael had the outdoor credentials to match the indoor performance, including holding the British 30 mile time record (1:03:29) which she set in 2015 then updated to 1:00:34 in 2017! See Rachael on Strava > 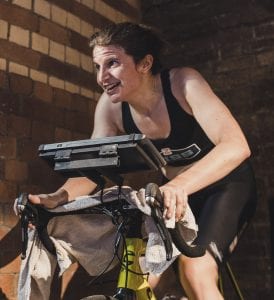 Since that introduction to Zwift Rachael has gone on to achieve more success indoors and out. Her Zwift achievements include 1st place at the CVR World Cup finals in Paris, winning the women’s world champs in 2016, and (if I recall correctly) getting an invite to the Zwift Academy finals which she had to decline for work reasons. See her rider profile on ZwiftPower >

A couple weeks ago I was surprised and saddened to see that Rachael had suffered a hemorrhagic stroke while Zwifting. Since then I’ve been following the situation on social media while Monica and I prayed for Rachael’s recovery. She has the community’s support: it’s been wonderful to see so many riders in game with #getwellrachael tagged onto their names. And she is recovering!

Here is what Rachael posted on the Zwift Riders Facebook group March 5th.

As I think a lot of you are aware, I suffered a hemorrhagic stroke deep in the centre of my brain whilst Zwifting 12 days ago. I am very healthy otherwise and, as a means of reassuring you guys, the doctors have assured me this is a one in a million occurrence and is due to an abnormal cluster of blood vessels at the end of my brain stem (and almost certainly not due to me training at the time).

Since then I’ve been overcome by the support of everyone, particularly from the ladies’ community. I’ve been visited by many zwifters, and been sent countless items to help give me a boost to get better. Something happened yesterday however which I thought deserved wider “publication”.

I obviously cannot get on a proper bike at the moment (and don’t want to – mainly due to balance issues) and Glen Knight (who is the manager of my online racing team, KISS RT, as well as one of the main men behind the KISS race series) had an idea that if he got hold of a device which is designed for office workers to pedal under their desks and fixed some power pedals into it, it could connect to Zwift.

Despite dropping some hints, I had no idea what he was up to (although suspicions rose further when he asked friend and fellow zwifter Ian Greenstreet to bring in my cycling shoes and socks to the hospital).

I had no idea of the scale of this mastermind operation: Glen got hold of this desk bike, but fellow KISS race team member Russ Crowder who owns Pedal Power Jersey) supplied some Powertap P1 pedals to attach to this machine. And the icing on the cake was that Zwift themselves only went and sent me an iPad Pro to use this invention in hospital (which was packed in a box with Zwift bottles and stickers).

I am so humbled by this and everything else everyone has done. I discovered yesterday that the survival rate of what happened to me was only 50% and I truly believe that this positivity and love has helped me though. I don’t know what I can do to repay you all, but Glen told me the best thing I can do is to get better – and that’s what I plan to do. I’m astounded, speechless and can’t get over this. I’ll remember it for the rest of my days (which is now a long way away).

(On an aside, the doctors here have got wind of what’s happening and are desperate to have a look as they think it could genuinely be used as a rehab tool for stroke patients)

(On another aside, please consider a holiday to Jersey to meet Russ and buy up loads of goodies in his bike shop http://www.pedalpowerjsy.com)

I feel rather embarrassed by all this attention and am humbled beyond belief but it helps me to share this story as I want those behind it to be “outed” (Glen would have stayed quiet otherwise!).

Never ever underestimate the support of the Zwift community ❤️

Rachael posted two videos to Facebook which cannot be embedded here, but you can watch them by clicking below:

Rachael is tenacious and strong, and I’m confident she will make a full recovery. Keep at it, Rachael, and we’ll see you on Zwift! 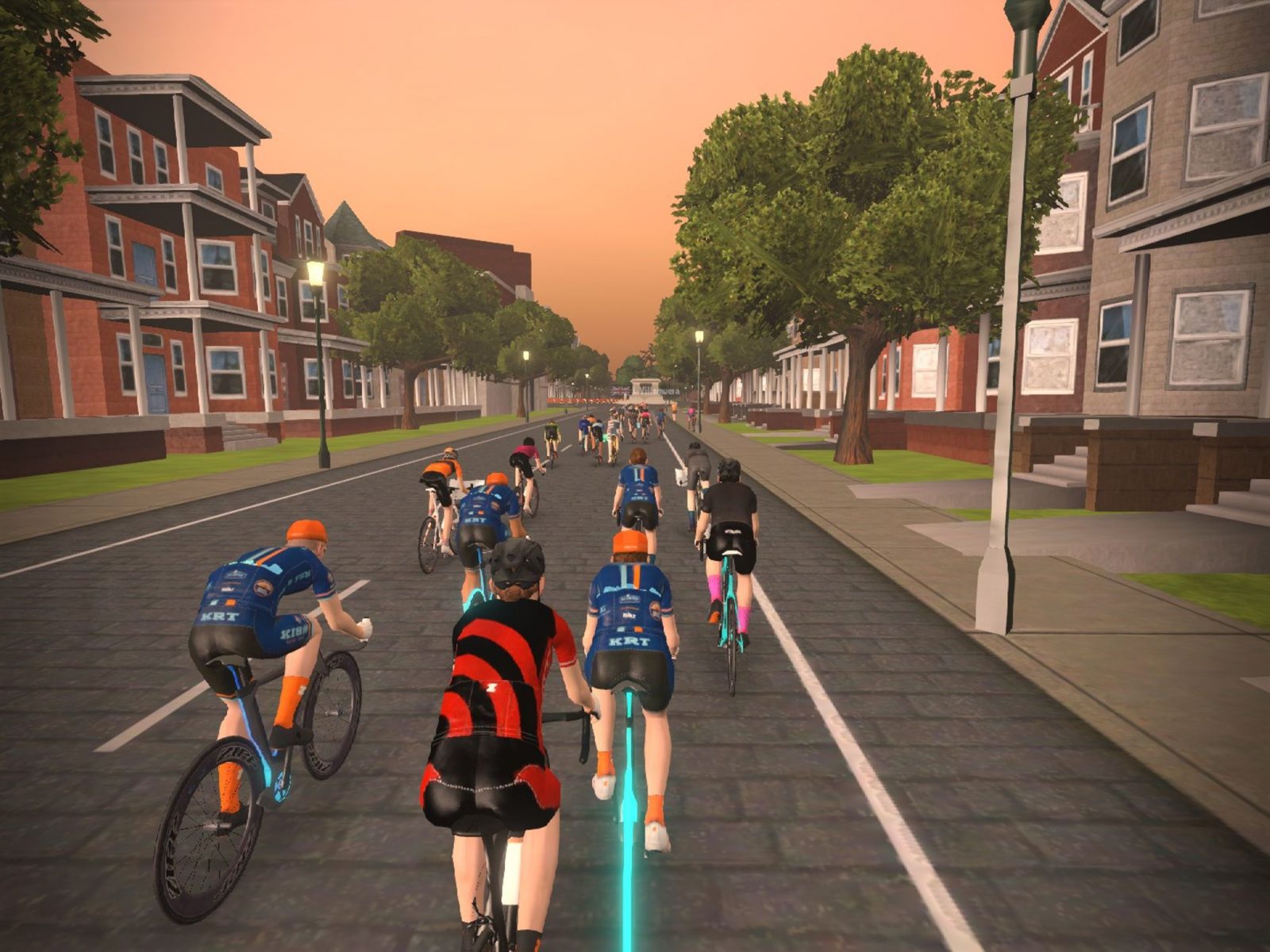 A snapshot Rachael posted, riding from her hospital bed with Zwift teammates.