The Open Pro: Playing It Out 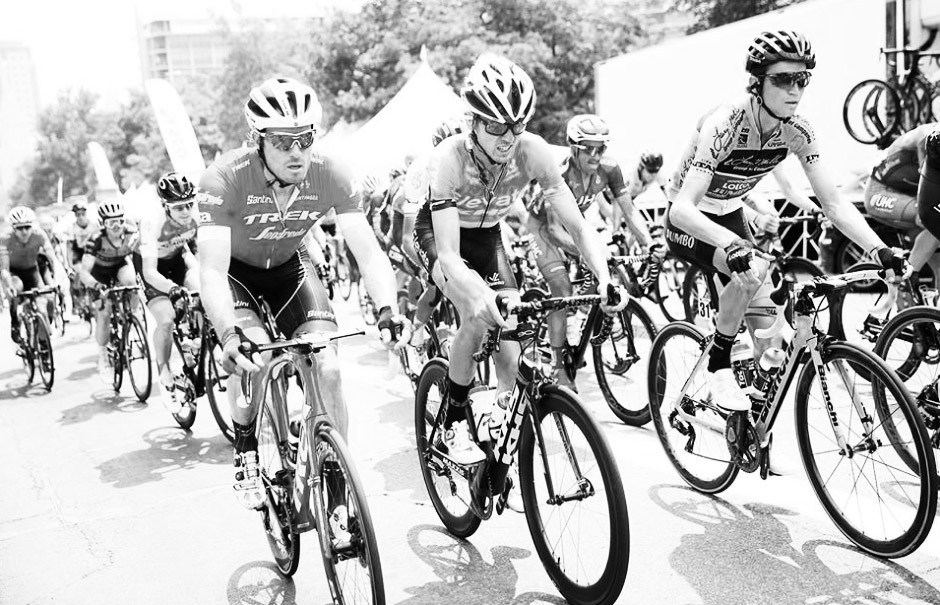 “Remember the arc. Remember what these guys expect from Elevate-KHS”.  My teammates and I have heard this metaphor more than a few time this season in our pre-race meetings. As the team has rolled through races and collected breakthrough results this year, our Director Paul Abrahams has made a point to remind us where we stand in the peloton and of our new responsibilities as legitimate contenders. We can’t skulk in the shadows of the field and surprise the big teams in key moments anymore. We come to races to win. Going into the highly ranked Tour of Utah and Colorado Classic, we had traveled up the arc using our collective strength and an element of surprise. To maintain our success and perhaps climb higher towards a stage win or a General Classification however we would face a steeper incline.

The team certainly acted as if in our final preparation for the races. Starting two weeks out from the start of the Tour of Utah we traveled and previewed 80-90% of the course starting in St. George and finishing in Park City. We made efforts on key climbs and made note of the unique challenges of each stage. Nothing would be a surprise on race day. We worked hard together, cooked and ate together and helped each other manage the expectations and anticipation that naturally came with our biggest event of the year.

Personally, I was working hard to manage what has been my biggest Achilles Heel and frustration in racing: altitude. Ever since my first Tour of Utah as a green 18 year old in 2010, I have suffered mightily in thin air. I have a lot of genetic good fortune as an endurance athlete but physiologically, I seem to lose more power at altitude than the norm and my acclimation is unpredictable. I remember racing in Park City at 7500′ that first year and feeling like I had only two gears: glass-crank easy spin or red zone explosion. 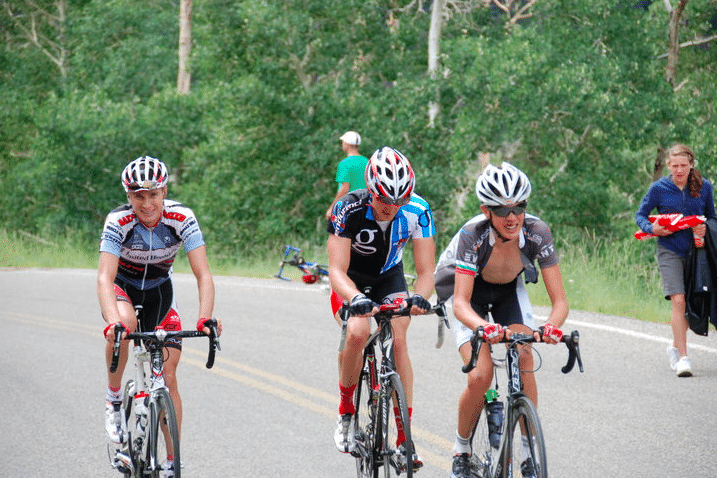 Dying a thousand deaths in Utah 2010

With a lot of effort I have closed a lot of that gap in my preparation over the years and as I prepared in Park City this time around I had some fantastic workouts that convinced me I could leave my altitude struggles behind. Still, there were seemingly inexplicable bad days that clicked my apprehension back into sharp focus. The team was under pressure for results and I fought to keep my mind clear of my own worries. 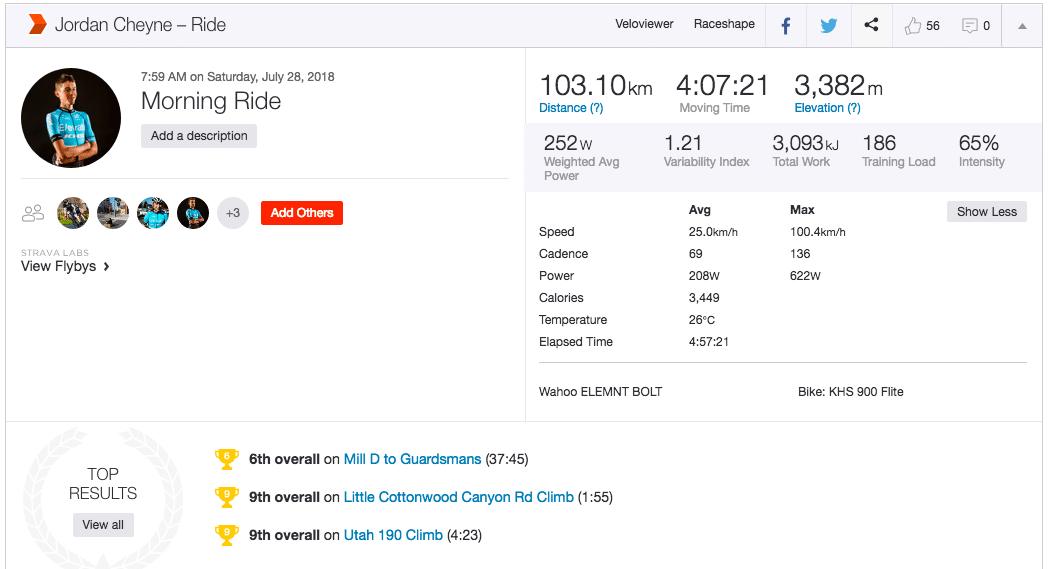 Pressure and expectation are funny things. They can linger and build and seem absolutely immovable in the face of a big objective. But in an instant they can deflate and become afterthoughts as circumstances change. That is exactly what happened on the first stage of the Tour of Utah. In the space of a couple hours we lost our GC leader James to a fever and asthma complications and sprinter Alfredo who ran into trouble on the highest, hardest climb of the Tour only 40km into the event.  Everything changed and suddenly we were racing to get the best out of the race with what we had left. 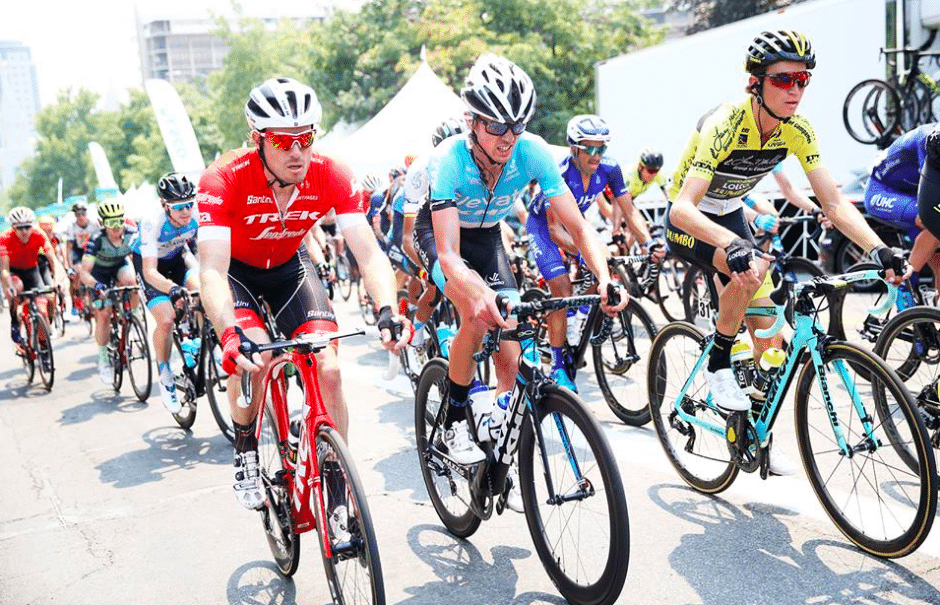 My own fears were soon realized. I was probably as good as I have ever been at altitude but still well short of what I needed. I was fighting my body every time the race demanded sustained effort and oxygen uptake, which is a fairly common occurrence in a race featuring over 14000m of climbing. Not much feels worse than being sub par at such a high level race. It feels like being dealt a bad hand in poker while sitting across from some of the best card sharks in the world. You know the odds immediately. You desperately eye the dealer hoping that the next day’s card will be a miracle and your legs will come back. There is only one hand to be played and you won’t get a second chance if you fold. There is no choice but to do your job, play the odds and even bluff when appropriate. That is what a pro does and that is what I tried to do through 11 trying days in Utah and Colorado. 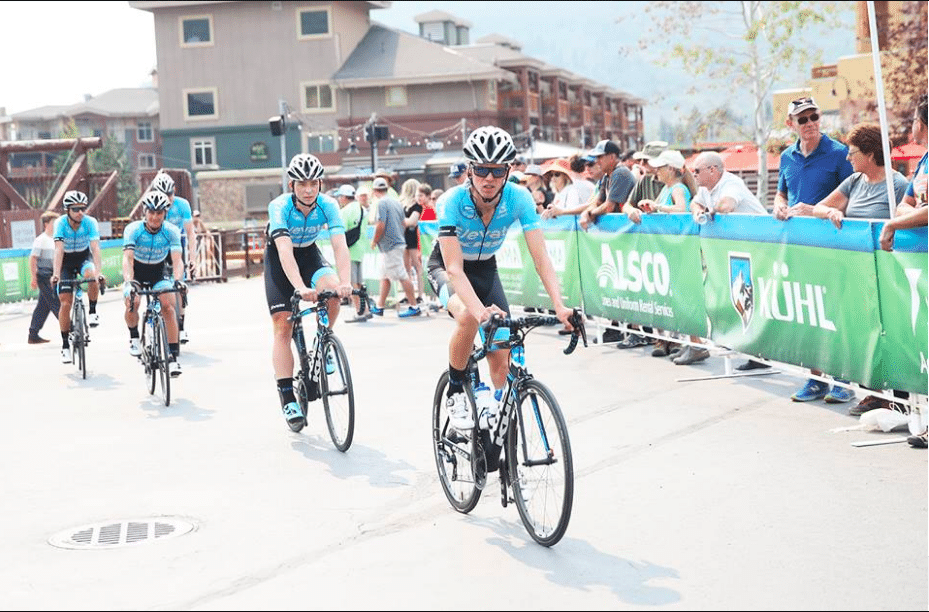 To the team’s credit, everyone kept playing and we had some high moments amid a trying couple of weeks. We rallied around strongman sprinter Sam Bassetti in Utah and delivered him well to 2 bunch sprints where he placed 7th and 4th, narrowly missing the podium in the circuit race in Salt Lake City. Everyone fought hard for the breakaways and I managed to claw my way into one on the final mountain stage. We got James back for Colorado and he lit up the time trial to take 7th overall and hold it all the way to the end. 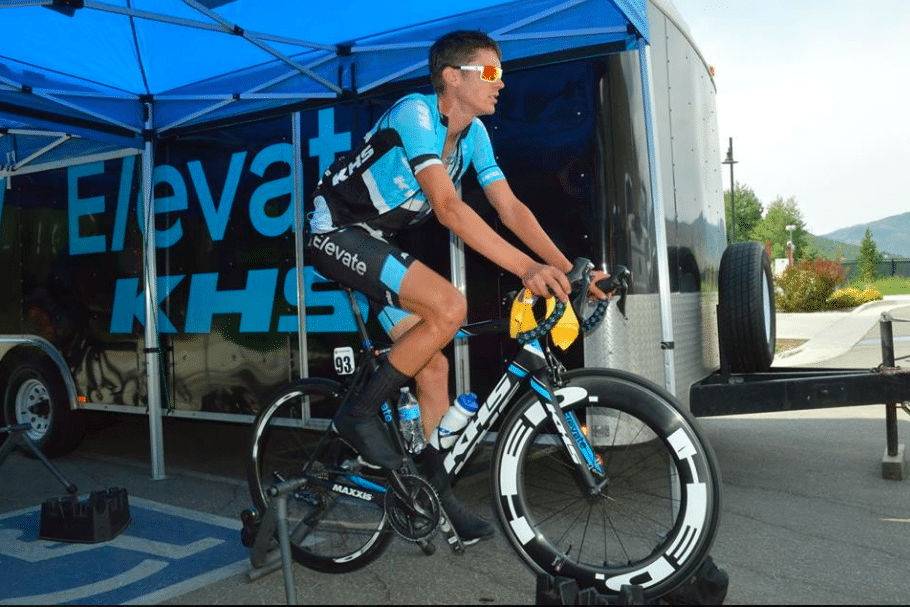 Doing the Job and Looking Ahead

In my own race, I tried to play my hand the best way I could each day for the team. I would try for the breakaway. If that failed I would do everything I could for a teammate so they could try to win the race; fetching bottles, offering a helpful draft and riding my guts out to set up a sprint or close critical gaps. Sometimes it was even as glamorous as that.

One of the most satisfying results of the trip for me was Sam’s 5th place finish in our final race in Denver. The top 5 was nice but the process to get there was a gratifying example of how our team operates and what has made up successful in 2018.

Sam was among the five best racers on Stage 4 but a bad day on the previous day’s mountainous Queen Stage had him in the bottom three on the road. The other two were myself and teammate Kevin Girkins and with 80km to go in the stage we were willing Sam on as cramps forced him out of the grupetto for the final time. The time cut on the stage was a meager 7% or about 15 minutes and we lost ground quickly trying to pace Sam up the climbs. We crested the final climb over 10 minutes back and I knew the final 60 gently descending, headwind kilometers didn’t look good for us. But just as we have all year, we went to work. 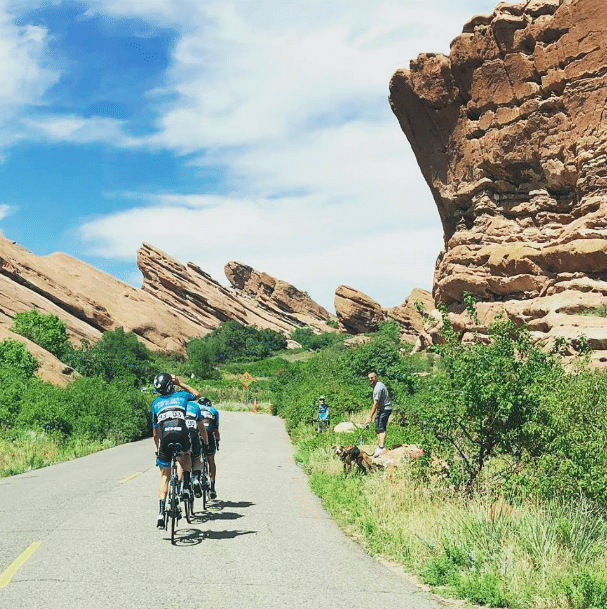 We rotated as hard as we could for well over an hour while receiving nothing but encouragement and cans of coke from the team car. We couldn’t see anybody from the race and the fans we passed gave us awkward, surprised cheers thinking that they had seen the last of the riders.  Inside 20km to go, the race marshal loomed and informed us that we were right on the cusp of the time cut, virtually needing to ride the same speed as the screaming peloton to survive and race another day. We never lost sight of the fact that Sam could win the next day and we never missed a turn. Somehow, as we caught sight of the mostly deserted finish line the clock read: 14:42 and we were recorded as finishers–the final three.

Sam made good the next day of course with his top 5 but the dull satisfaction was already there for me along with the fatigue and vague disappointment. I was happy to walk away from this block of racing knowing that I offered something to the team and was a professional as much as I could be. It is a bit tougher to walk away from the season that way though. Even with all of our wins and the breakthroughs I have had this year I want more. I know there is an answer to my altitude woes and there are also answers to the near miss race results I have had this season. Whether it is in late season racing in 2018 or in a fresh 2019 calendar, I can’t wait to play my next hand. 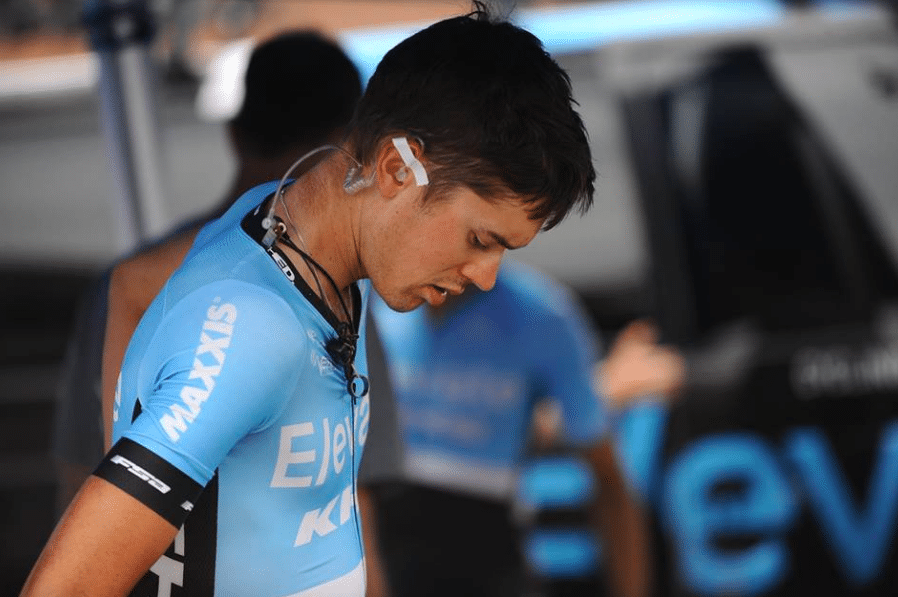