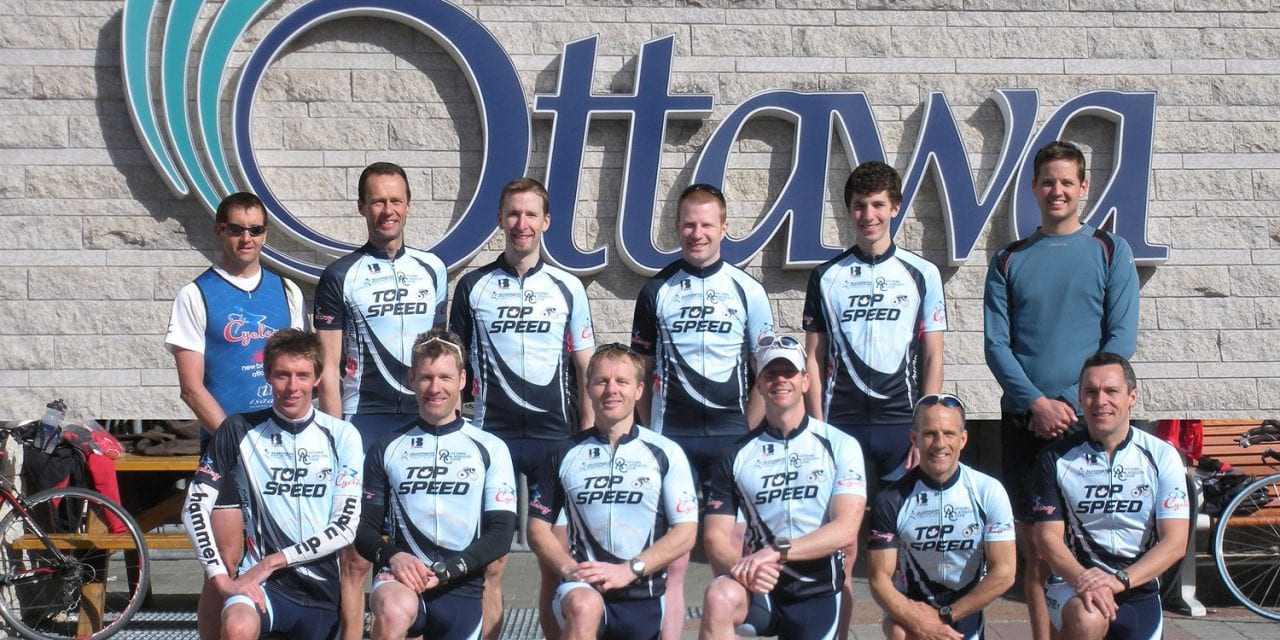 The Ottawa TopSpeed Race is a new event happening Sundays at 7:20AM EST. I had a chance to chat with organizer Paul McAneney about how the race began and what makes it special… here are the details. 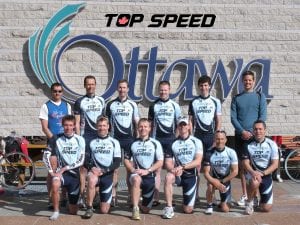 The Ottawa TopSpeed Race is the first race series I know of which has transitioned from a real-life series to a Zwift one. According to Paul:

For the past decade we’ve been meeting throughout the winter to do an indoor ride, then run outside.  This year we decided it would be fun to use Zwift from home for our rides – and still meet up afterward for our runs.  We’ve had 2 races so far, and the guys love it!

The Top Speed Racing Team is made up of 20 guys from Ottawa, Canada competing at a high level in Running, Duathlon, Triathlon, and Cycling events.  The team has been around for about 12 years and could generally be described as elite age-groupers. The guys have day jobs, families, etc. but take training and racing seriously.

These races are part of a real-world brick program the team has done for over a decade–and had great success with.  The races are about 60 minutes long, and riders typically do a warm-up and cool-down on their own which brings the total ride time between 90-120 minutes. Then the team hooks up at a local meeting point for a 90 minute which is periodized throughout the winter. 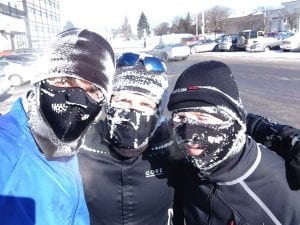 Things get cold in Ottawa!

According to Paul, Zwift has been a very helpful tool for the Top Speed team: “Zwift has also helped us train and stay together as a team. In years past, we’d do our winter rides on the trainer on our own.   Now we can message the team, hook up online, and get in some miles together.  It’s different when you actually know the guys you’re riding with on Zwift.  And it sure beats solo trainer rides during the cold winter months–which can be as much as 5 months of the year up here…”

Join the Top Speed Racing Facebook Group for more info on the ride, or see race details on the official Zwift events calendar.