The Open Pro: An Inside Look at High Level Training on Zwift 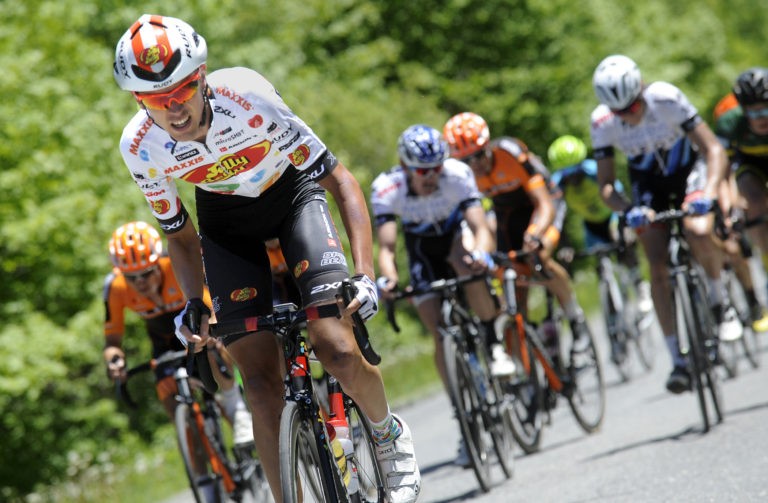 It All Began on Jarvis

For me, the Zwift experience clicked right away. The interplay between the bright orange and blue performance metrics and the avatar in the center of the screen captivated me immediately. The usual mental strain of my rigorous, decade-long indoor cycling habit quickly abated. I found myself immersed in the tropical splendor of Jarvis rather than the various screens of the Garmin on my stem. I started telling all my friends and coaching clients and looked forward to crushing intervals and virtual KOMs whenever I could. Soon though, spring came and it was time to hit the road as an aspiring professional cyclist at races from California to Arkansas to Northern Quebec. I folded up my trainer and forgot about the virtual cycling world for a while.

Prep for 2016 with Jelly Belly

Eventually the snow was flying again and I hopped on my new Kurt Kinetic Rock and Roll and returned to Zwift to prepare for the 2016 season. I had signed my first professional contract with the Jelly Belly p/b Maxxis team and Zwift had taken a giant leap forward. On a meager Neo Pro salary I couldn’t afford to join the bulk of my professional comrades in warmer climates so I began to use the new routes on Watopia and Richmond to clock the needed winter miles. I plugged my coach’s workouts into the new Workout mode and cranked out endless 4×30 minute Tempo blocks, 6×10 minute Lactate Threshold reps, and 20 second big gear sprints. I even rode a couple centuries on the island, every km on my own reveling in the immediate performance feedback on my screen.

I arrived at my first professional training camp having ridden outside perhaps a half a dozen times in three months but I was in the best early season form of my career. I landed on the podium in several of our low-key early season races and earned my spot on the roster for big time events like the Amgen Tour of California. The team finished the year on a tremendous high, becoming the first American team to win the GC at the Tour of Utah when Lachlan Morton stormed to victory. Zwift helped me build the robust foundation to be a part of that.

More than a Winter Distraction

In 2017 Zwift has continued to evolve and I have begun using it as more than just a foul weather motivation machine. It is one thing to come into the season with a sharpened power profile but coming off the trainer always leaves a gap in race preparation. In professional cycling the changes in speed and power throughout a race are constant, ranging from a single hard gap-closing pedal stroke to several minutes at 55-65kmh spinning out the 11 cog. Trainer workouts don’t replicate that the way outdoor group rides and training races can, so I was excited to enter the burgeoning racing scene on Zwift.

It took some figuring out and I was dropped from the A group more than I want to admit but eventually I found the racing to be a great stimulus. In my first big race of the season I used a combination of strong time trial and an uncharacteristically aggressive crit performance to take second overall at the San Dimas Stage Race. 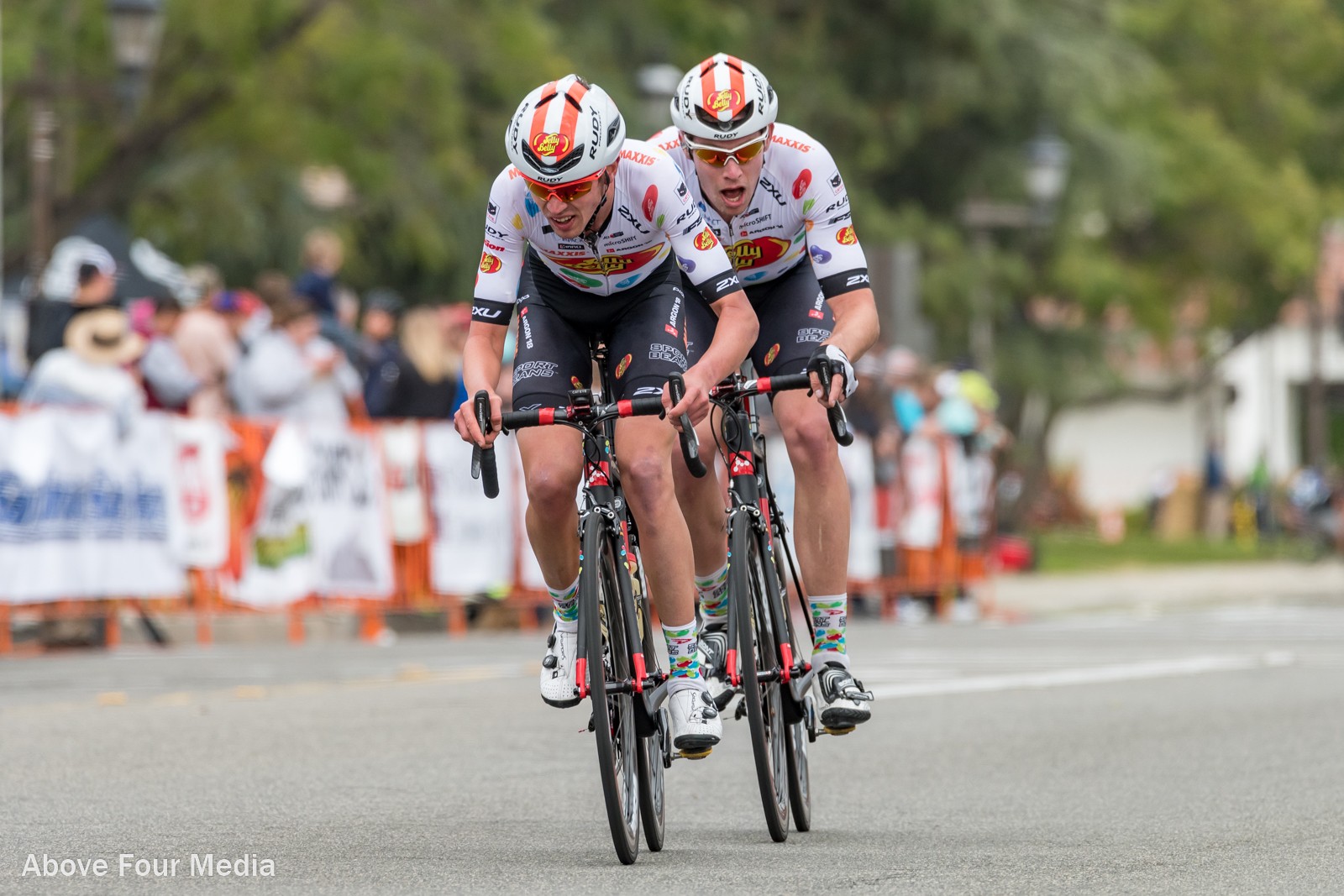 Altitude Training On a Budget

My Zwift riding didn’t end in March this season either, as it had in previous years. When it was time to train for high altitude races like the Tour of Gila and Utah, I was able to stay close to home rather than spending time and money to acclimate at a faraway altitude training camp. Big White Ski Resort sits at 6000+ ft and was only a short drive from my home in Kelowna. Despite late season snow and the small selection of training routes at elevation I was able to train high using Zwift for my key workouts. Instead of riding up and down the mountain over and over I could dial in my intensity and inflict just the right amount of hypoxic torture to adapt.

Finally, this seasons my racing calendar stretched into November at the Tour of Hainan in China. We had a cold and wet fall in BC and I had to prepare for a race in 100-degree heat and stifling humidity. I turned one last time to Zwift and spent several sweaty days riding in the garage with the heat maxed out and all of my 2XU cold weather gear on. Those rides were interminably uncomfortable by nature and I couldn’t have lasted more than 15 minutes if I didn’t have the Volcano loop to distract me. I had my doubts about the efficacy of that approach but ended up with one of the standout rides of the race. I raced off the front on the sweltering 230km second stage and I was caught solo only 700m from the line by the charging peloton. I went through 12 bottles in the last 50km of that effort, but I never overheated even as my breakaway companions cramped, cracked and dropped away. 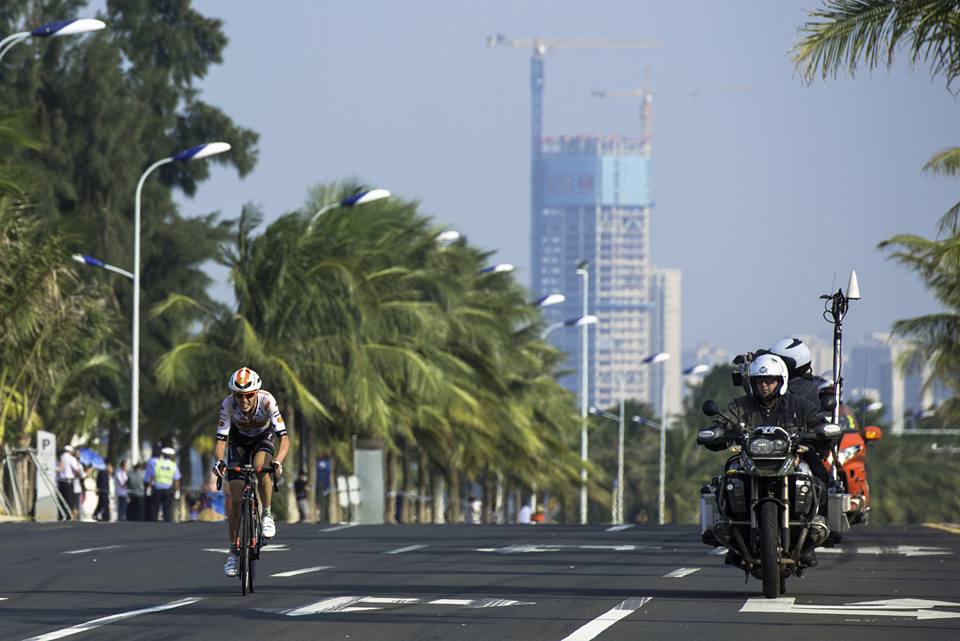 Zwift is gradually gaining a lot of traction with the eternally reluctant pro cycling community. The platform can bridge physiological and practical gaps in the arduous pro racing calendar and riders are starting to harness that. I am no longer the only guy on my team who suffers through intervals on the way to Watopia’s radio tower. I have also shared Zwift and some of the training techniques I have discovered with the athletes I coach at my Peak Form Coaching business.

In this blog series I want to share my racing and training experiences with you throughout my third professional season as I look to turn my 2017 podium places into wins and take the next step in my career. I also want to share indoor training tips and advice I have learned in my thousands of kilometers on the roads of Watopia.

It should be a great year ahead and I can’t wait to get started again for 2018. Until then, Ride On! 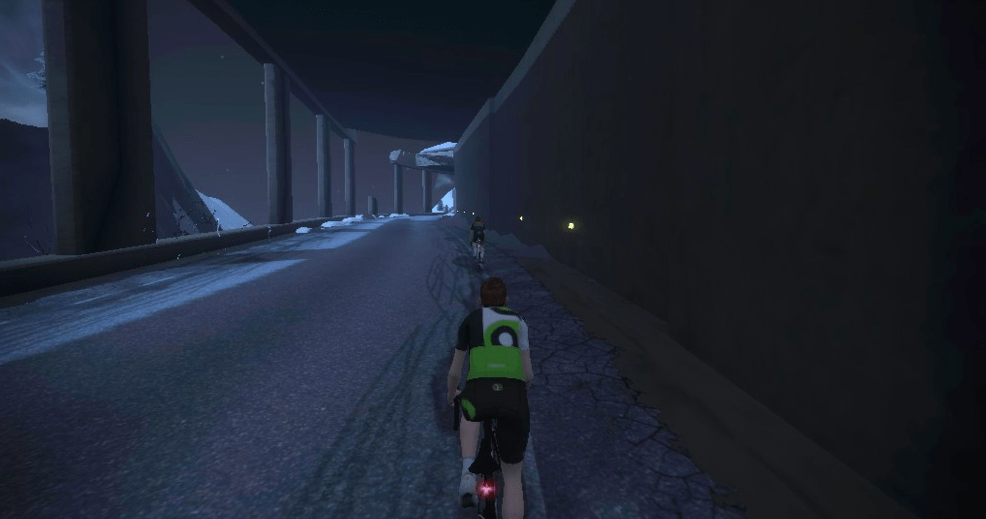