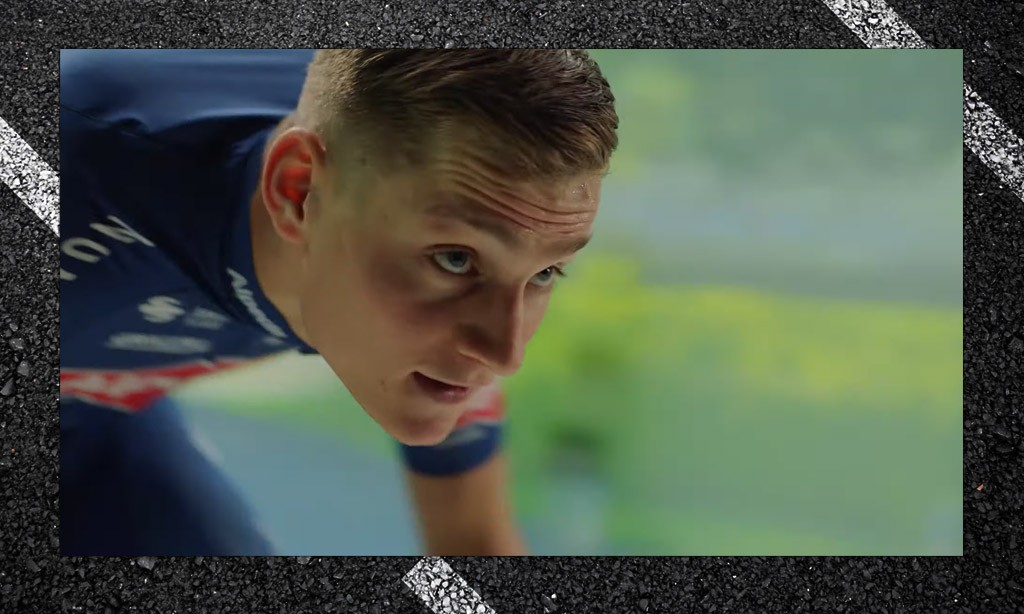 If you don’t know who Mathieu van der Poel (MVDP) is, you haven’t been paying attention to cyclocross for the past several years. As a junior, MVDP turned in perfect seasons (nothing but 1st place) in both 2011-12 and 2012-13. And he’s won most of the cross races he’s entered ever since!

This past year he moved into road racing and was arguably the most exciting racer in the peloton. He won the Tour of Britain, the Amstel Gold Race, and turned in impressive performances in several other races.

Watch this summary of his incredible Amstel Gold win:

Did we mention he’s also a mountain biker, winning the Dutch national championships in 2018 and getting 2nd overall at UCI Worlds in 2019?

Some are saying he’s the most exceptional talent in the new generation of riders. We tend to agree. Apparently, Zwift does too!

MVDP was an obvious choice for their new ad campaign, which is targetted at gravel/cross riders and the MTB crowd. MVDP is perhaps the only rider in the world who has universal appeal and recognition across the road, cross, and MTB disciplines. It helps that he’s an absolute monster on a bike.

Appreciate all the work you do Eric, Martins initial are mixed up at the end though.

just to mention the fact that Mathieu Van der Poel is the son of Adrie Van der Poel former professional cyclist with some great victories and the grandson of Raymond Poulidor legend of French cycling in the years 60-70, recently deceased.

I would be interested how they made the video with the effects on the side of the walls. I’m using a 180″ HD projector and would love the side effects too. Any way of doing a review on that please with zwift hq?

“MVDP is perhaps the only rider in the world who has universal appeal and recognition across the road, cross, and MTB disciplines. It helps that he’s an absolute monster on a bike.”

I suspect you are right but it’s a shame Marianne Vos doesn’t enjoy the same level of recognition and appeal given what a monster talent she is.

You may be confused about how capitalism works Shane. They are already getting your money…