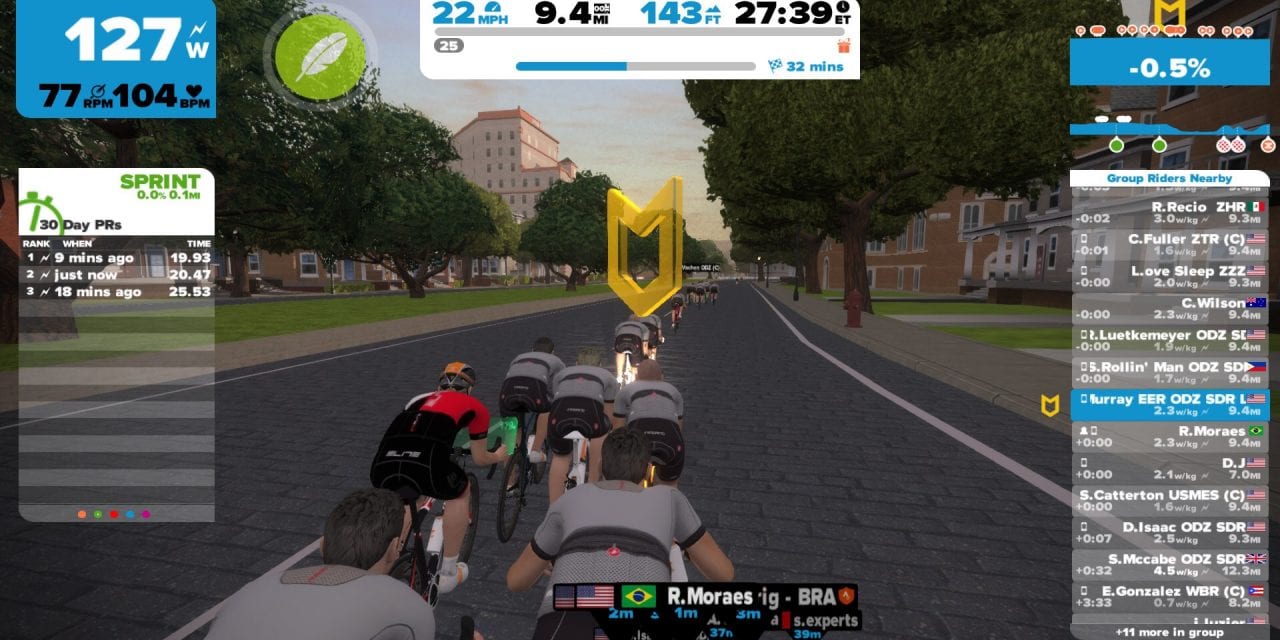 ODZ SkillZ and DrillZ, 7 June – To chase or to sit on, that is the question. Had Shakespeare been a cyclist, I am sure that the quote would have been uttered during many a race. Even in medieval England, I am sure that the renaissance thinkers would have struggled with the decision of whether to burn a match by chasing someone who rolled off the front on accident rather than an actual attack. Thus, we took a stab at trying to mitigate the risk of making a bad decision. For the full video of this class, check out Zwift Live by ODZ on Facebook or watch it below.

Every rider, no matter how strong, has a finite amount of energy to attack or respond to attacks. Some riders have more and others less. The amount even differs from day to day and race to race. Why then do we waste precious energy chasing down a rider who opened a small gap but isn’t attacking? Watch any Zwift race or IRL lower-level race, and you will see this happen time and again.

That was our jumping off point for today’s class. We focused on two areas today, recognizing an attack and initiating an attack. If a rider can differentiate between an attack and an accidental gap with relative accuracy, that rider will have more energy to expend later in the race. Put another way, you will have matches remaining in the book for late-race moves. 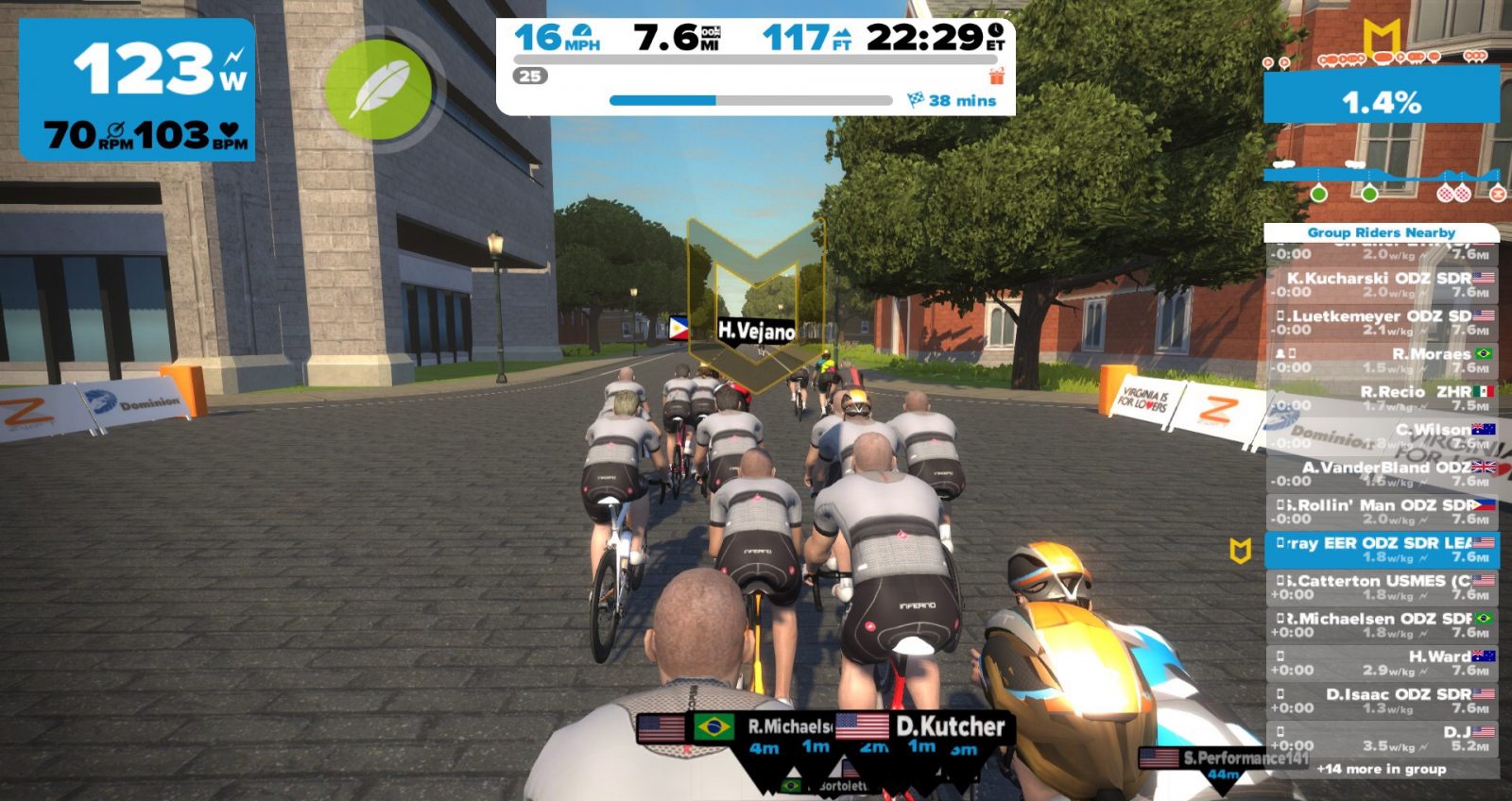 So, how do we recognize an action for what it is? It is actually surprisingly easy if you pay attention. In Zwift, you can see the W/kg output, and during the IRL races you can simply watch the legs of a rider moving off the front. Seriously, that is the easiest way to tell.

How does it work? Well, a rider on the attack looks different than a rider who just rolled off the front with no intent of getting away. A rider on the attack’s legs will appear to be under stress. That’s because they are. Unless you make your move when the entire bunch is in the midst of a natural break, you have to go pretty hard to get away. There is simply no faking it. The same thing goes for Zwift. If you see the W/kg drop off once the avatar rolls off the front, then that was not an attack.

Once we recognize that a rider rolling off the front is not an attack, it is a very simple process. We simply keep a steady tempo, maybe slightly lifting the pace for a minute or so, and bring the wayward rider back into the fold. There is no need for dramatics. There is no need for monster surges. Don’t overreact. Just bring the rider back steadily. Because, if you let the gap remain or even grow, you will encourage the rider to attack.

I. Am Batman stood up to stretch and rolled a bike length off the front. Being that he is my teammate, I let a bigger gap open. And then let it go some more. Since I had done the lion’s share of chasing all race, the other two riders must have assumed that I was going to close the gap. Not so much. Without even trying, the Caped Crusader had five second on the bunch, and I told him to go. He parlayed that small mistake by the other riders into a podium finish (winner out of our chase group). 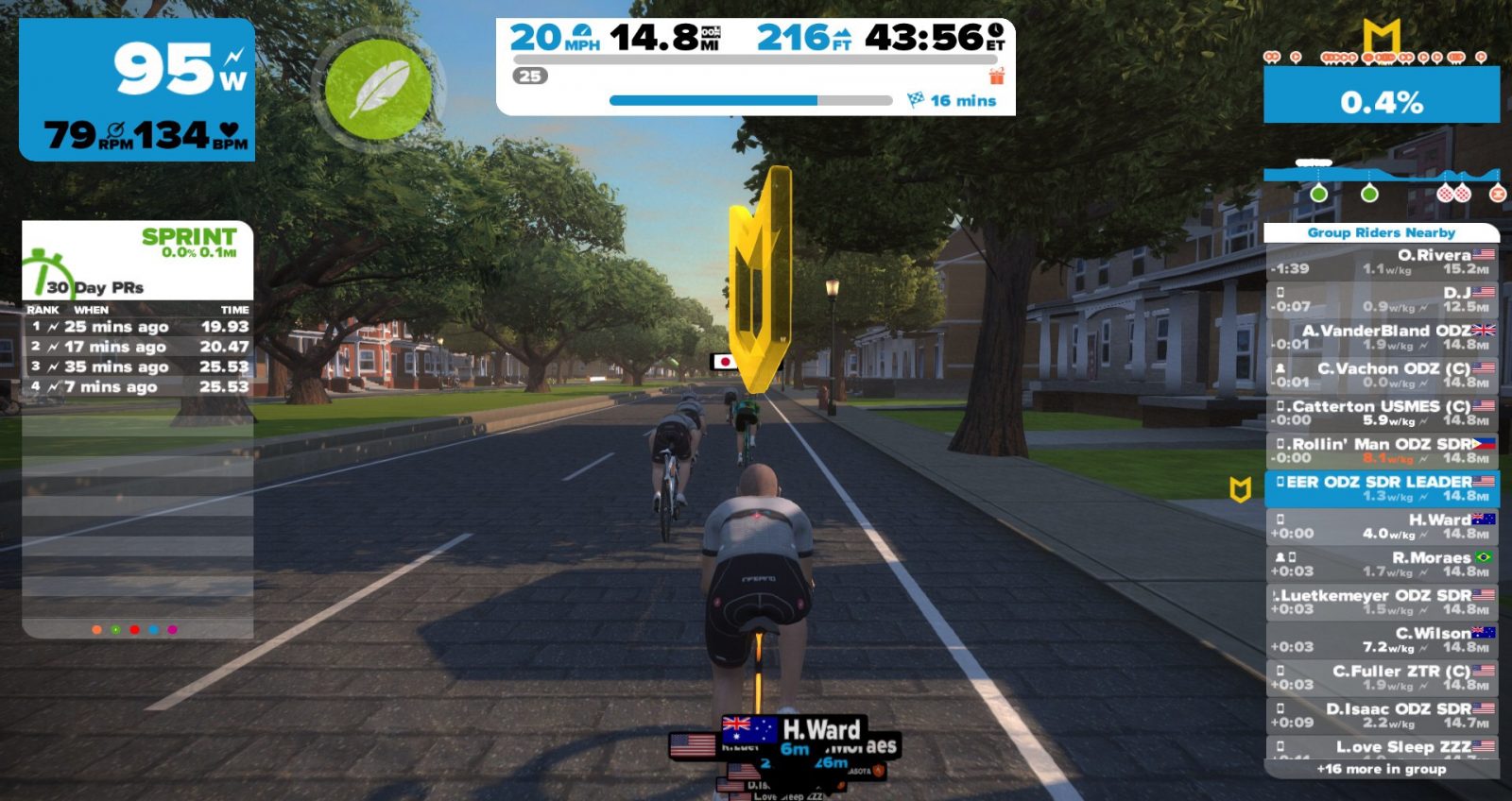 Turning the Other Cheek

Ok, so we have just recognized that a rider has attacked us. What do we do? Do we turn the other cheek and bid them a fond farewell with a congratulatory wave? Hell no. As soon as the recognition thought sparks in our brains, we want our synapses to in turn fire up the turbojets to get us on the wheel of the attacker. The quicker you identify the move as an attack, the less energy you have to expend to get on the attacker’s wheel.

That is critical. Do not waste your precious energy reserves waiting to see if anyone else will chase once you recognize the attack. The longer you wait, the more matches you have to burn to get on terms with the attacker. Once you make the back wheel, sit there until you are sure that the move is going to have the chance to succeed before you offer to do any work. Fight the urge to contribute right away.

If it looks like the gap will open up, start working with your breakaway companions. If not, keep recovering and wait for the next move. Unless you prefer to be a little more proactive…. 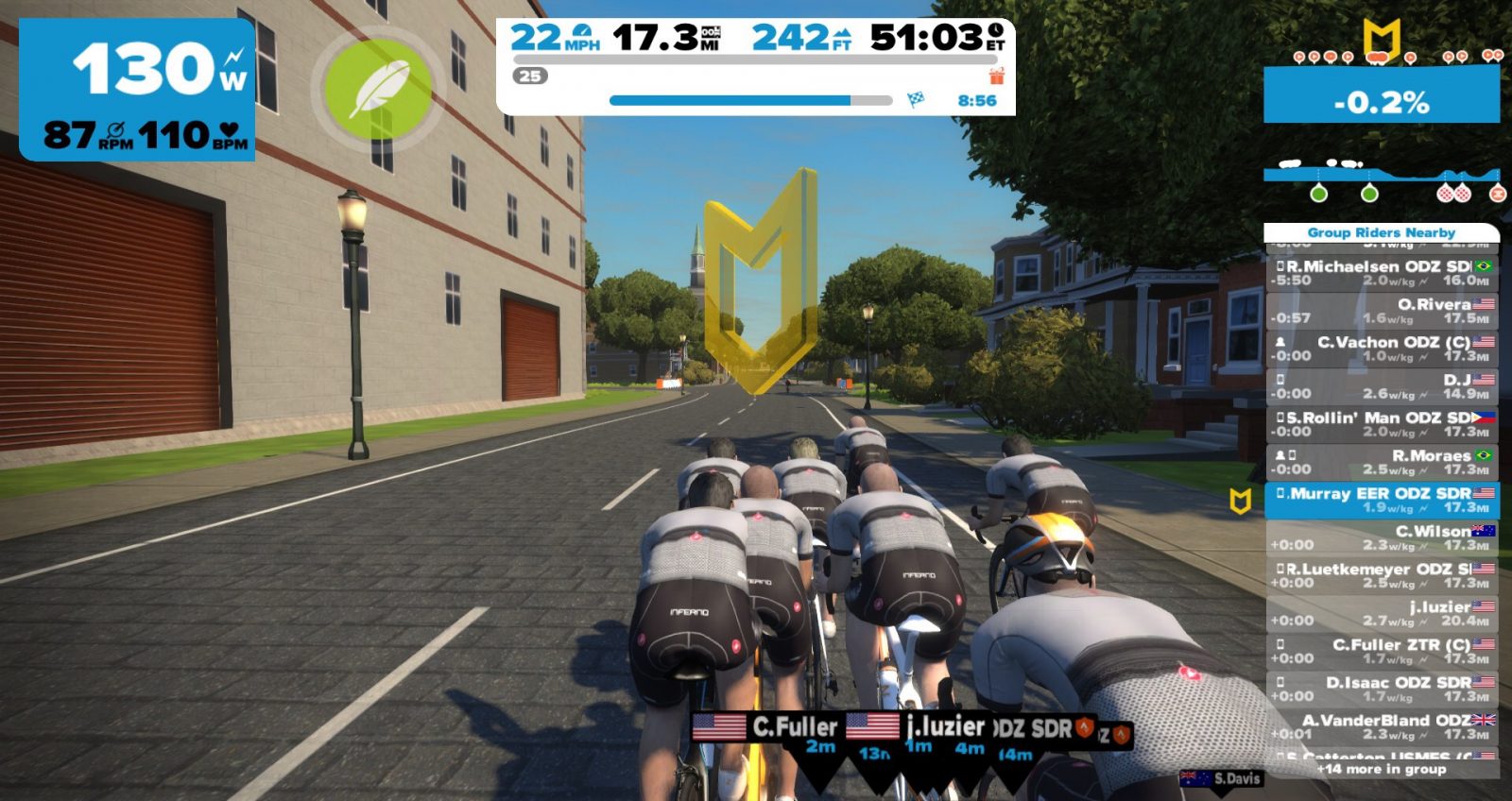 I have never been a fan of the guidance of waiting to be attacked before I respond. I am a big proponent of proactive self-defense, meaning that I strike on my terms when I feel the need for self-preservation. In a race, that means attacking on climbs vs on the flats, into a headwind.

The second focus of the day was how to initiate an attack. It really isn’t all that hard. Just go faster than the other riders until you have a gap. Ok, it is a bit more complex than that. Initiating the attack is all about surprise, dosing your effort, and knowing the purpose of your attack.

Know your desired outcome. Not every attack is done in attempt to go for the win. Sometimes, the attack is to soften up opponents for a teammate to make a later attack. Maybe the attack is launched to drop a strong flats rider with a finishing kick who struggles on the climb. That clear goal will help you determine when and for how long you carry on the attack even if you don’t completely get away.

Once we have the purpose clearly defined in our helmets, we have to set up our move. In the class, we practiced launching our attacks from multiple positions within the peloton. Despite the peloton being on the smaller size, positioning still mattered. In fact, on our later iterations of the drillz, everyone was able to easily identify and respond to attacks from the back of the group. It simply takes too long to move from the back to the front, even at attack speeds. Plus, the existing draft worked in favor of the responding riders, as they latched on to the attacker as he passed.

Yes, position matters. To have a chance of a successful attack, we found that the front third of the peloton, usually only a few riders off the front worked best. That’s because you could ramp up the speed using the draft of the riders on the front as a slingshot. Then, just as you hit the front, you accelerate to full speed, creating a gap and taking the riders on the very front and in the middle and back by complete surprise.

Even if you get away clean, the bunch may chase and shut you down. If you see that happening, treat like a tractor beam. Don’t fight it. Let them bring you back while your legs recover. Then, try it again. Eventually, the move will stick, or you will be out of matches. Don’t forget to be a team player, too. If a rider or two make it over to you on the attack, work with them to give the move a chance to succeed.

Well, that’s it for now from me. Remember to pay attention to your surroundings. Just because a rider rolls off of the front doesn’t mean it is an attack. Likewise, just because it didn’t start as an attack doesn’t mean it won’t convert into an attack. Give these techniques a whirl on you next race, and let us know how it turned out. Until next time, Ride On! 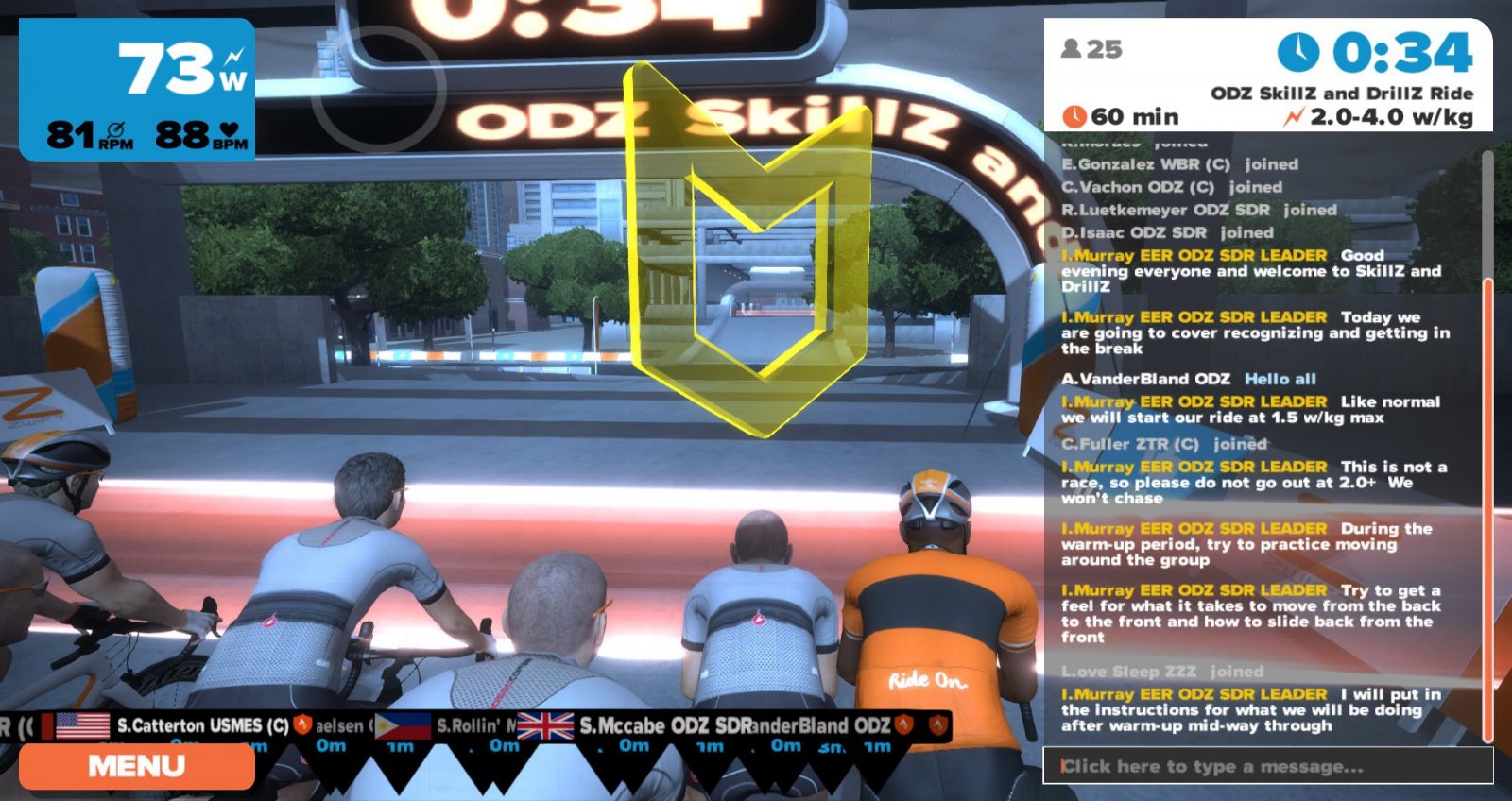