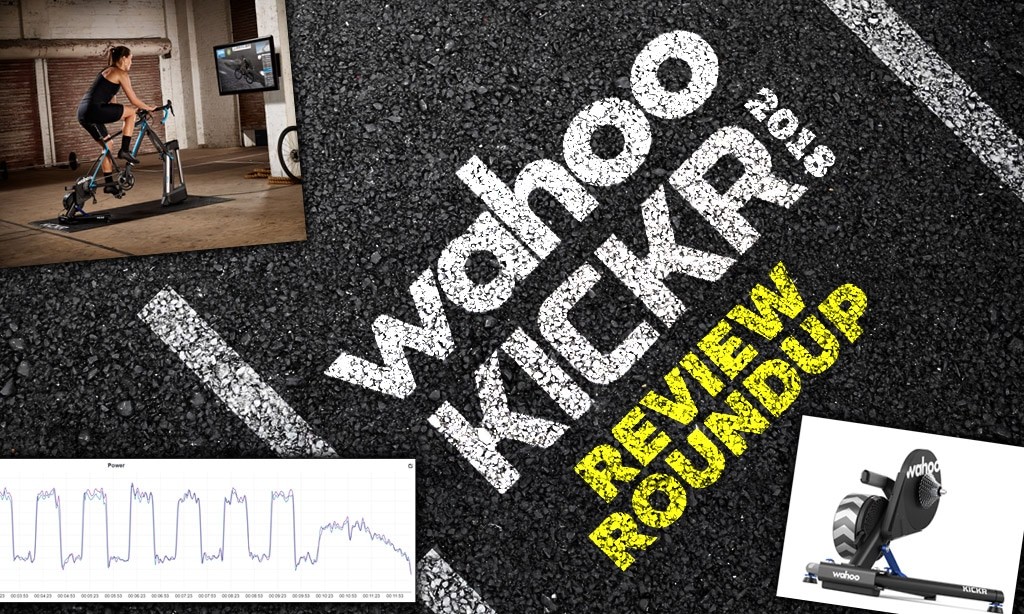 We’ve combed the web seeking Wahoo KICKR 2018 reviews and information, summarizing our findings so you can learn everything worth knowing about this very popular smart trainer. If you decide to purchase the KICKR 2018, please consider doing so through the shopping links at the bottom of this post, as this will help support Zwift Insider.

Wahoo rolled out the KICKR 2018 direct-drive trainer at July 2018’s Eurobike show. As the 4th update to their flagship model, the KICKR 2018 competes directly with the industry’s top direct-drive smart trainers including the Tacx Neo, Hammer H2, and Elite Drivo.

The KICKR is the world’s most popular smart trainer, and for good reason: it’s a rock-solid unit which consistently performs well. It’s also backed by Wahoo’s US-based support, which has a reputation as being quite fair and responsive.

What could you possibly change in the world’s most popular smart trainer? In a word: noise. Wahoo has made the new KICKR virtually silent… and that’s big news! Previous KICKR models were known for their distinctive sound, but the KICKR 2018 replaces the timing belt with a v-belt, with the result being sweet, sweet silence. They’ve also made it compatible with more bikes and upgraded the flywheel from 12.5 to 16 pounds for a more realistic road feel.

These upgrades plus the KICKR’s solid reputation made it DC Rainmaker’s top recommended high-end trainer for 2018.

Wahoo KICKR is the best trainer Wahoo’s ever made. It’s quiet, works with every app out there, is easy to use, and doesn’t require an arts and crafts project to get it up and running. It’s spot-on accurate, reacts quickly, and the flywheel is the best Wahoo has ever offered. All of that is great, Wahoo has no reason to be ashamed of it.

It’s a solid trainer, accurate and quiet. I have no reservation recommending it to anyone. 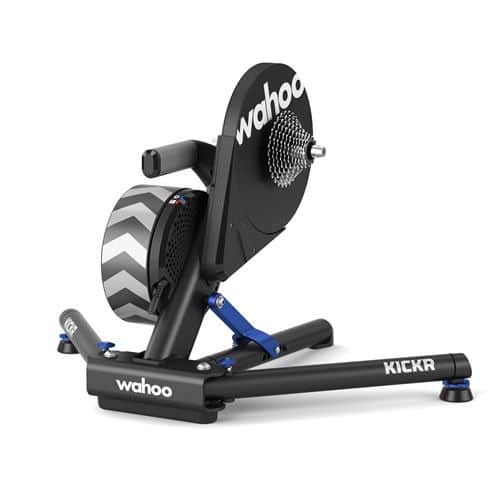 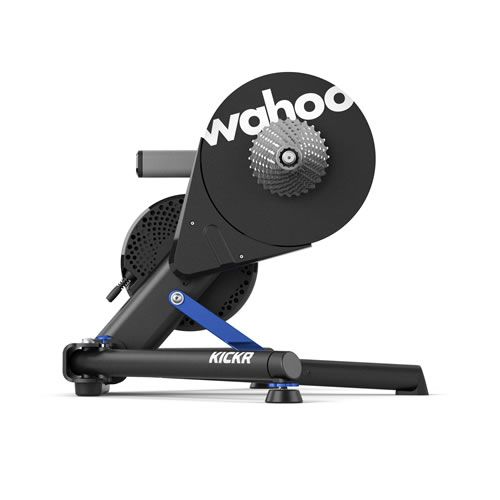 We’ve taken a look at the best KICKR 2018 review videos and summarized them for quick digestion.

There has been some talk of “flywheel-gate” due to reports of some KICKR 2018 units developing a clicking noise from a loose flywheel key. All indications are that Wahoo support has been very good about getting issues resolved, and Wahoo CEO  Chip Hawkins even worked with DC Rainmaker to create a video explaining these issues.

With Wahoo continuing to stand behind its product, and the newest model being virtually silent and very compatible with a wide range of frames, it’s safe to say the newest KICKR will help Wahoo continue to keep its place at the top of the smart trainer mountain. In fact, as DC Rainmaker so astutely pointed out, it could be that some of the biggest competition for the KICKR 2018 is the KICKR Core, Wahoo’s newest model which has much of the standard KICKR’s capabilities but for $300 less.