How the Best Teams Race Zwift TTTs – By the Numbers 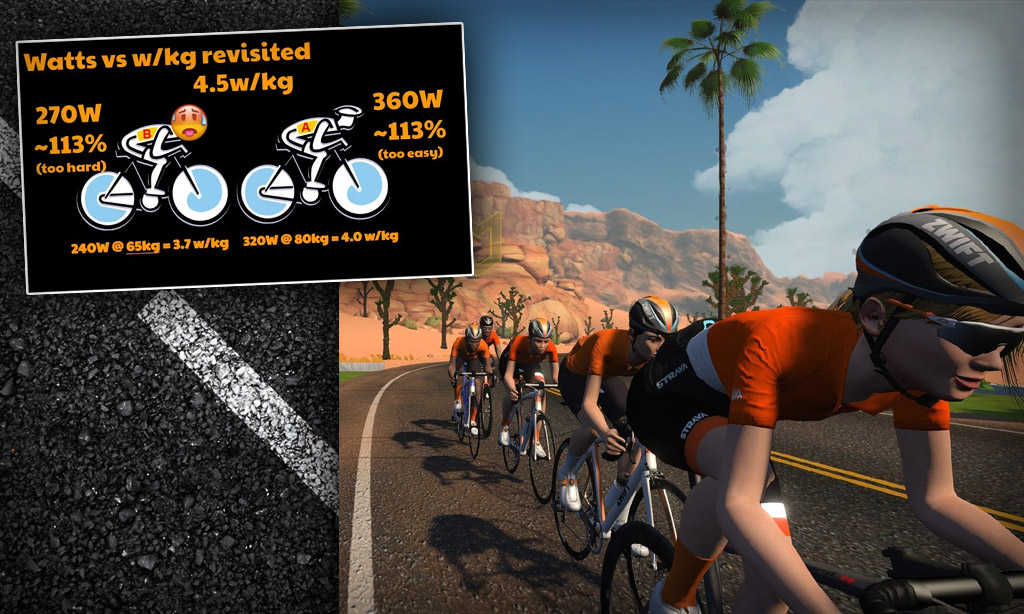 My last video concentrated on the techniques and tools I use as a DS to try and help a team get their best result.

Having made that video, I was curious to understand exactly what the top teams are actually doing every week, in terms of the effort they are putting in and how they organise themselves. This video is the result of my number crunching.

You can find all the information on how to practice these efforts for yourself at the end of the video. Full transcript below. Hope you enjoy! 🙂

In my last video on Zwift Team Time Trialling, I concentrated on the techniques and tools I use as a DS to try and help a team get their best result.

Having made that video,  I was curious to understand exactly what the top teams are actually doing every week.

Questions I had that don’t seem to have been answered before are:

So, I decided to try and answer them for myself with some number crunching.

The rest hopefully gives you some insight into team make up and effort levels required, based on the best. This applies regardless of your Coffee Class and are especially useful if you are a team that perhaps changes members every week, or who may not always have the chance to practice together to work out your own best plan involving more specific skills like picking riders for certain sections or deliberately ‘burning’ a rider.

At the end I will also tell you how you can potentially train the efforts required, either solo or as a team.

Before I start though I want to revisit Watts vs Watts per kilogram. I regularly see conversations based on this topic and want to share my view. Now, I am sure there are dozens of teams who all agree with a W/kg target and stick to it. However, I maintain that this is not always the most effective way to plan a fast race.  Let me explain

Consider these two riders that could very easily be in the same Frappe team. If, as a team, 4.5w/kg is agreed on the front, when A is on the front, they are pulling 360W. crucially only 113% of FTP – which is not really hard enough, as we will see.

Meanwhile, Rider B is at 105%  at 3rd wheel, and at 113% in 2nd! – too much to maintain for the duration of the event – making their ability to contribute minimal and splits likely.

So let’s switch it around.

Now, rider B is on the front at THEIR 4.5w/kg , which 293w or 122% FTP. This is just about hard enough for them, but not enough for a good time, given the other power available. Meanwhile, Rider A is only at 69% of FTP in 3rd wheel, which is all day pace.

Whilst this is a VERY simplified example, you can see how a w/kg figure really doesn’t always make the best of the team.

In this scenario, you are better off having Rider A sit at 320W (10% more than Rider B could hold for any length of time), leaving B in 3rd wheel or beyond, saving ~30% power to sit at 225W (or 94% of FTP). The difference in weight of 15kg, on the flat, will not make a discernible difference vs the loss in wattage if B goes on the front.

That said, once the road rises at any more than 3%, a w/kg number to keep riders together is best. Then it may be entirely correct to agree on that figure of 4.5w/kg!

For all of the numbers that follow, I am using freely available data taken from a recent flat WTRL Thursday TTT. This negates the complication of teams splitting on the climbs and demonstrates how raw power as a squad is utilised in a purist’s Team Time Trial.

It is well known that a group moves faster than a solo rider. Anyone who has had the horrible feeling of being just 2s off a group knows this fact. Recently, the excellent GP Lama did a test of group v solo,  showing some startling differences in terms of time for a given power. But, what about in the team time trial situation?

There are not many teams of 4 to choose from in WTRL, that stayed together to the end, demonstrating evidence of taking turns on the front.

There are also smaller teams who do very well but I wanted to find teams of 8 in the same Coffee Class, who produced similar race average watts, to see if there was any pattern in the results . Here are a few examples I found

Whilst this data may not take into account rider weight, this was a flat course, and the  coffee class used the same in each comparison. There is evidence that the 8 rider team, doing the same or similar interval efforts and with similar ability, beats the 4 rider team by around a minute on a flat course.

If you want to do well in your class, then 8 equally matched riders really helps, so you can share the work evenly. Typically in the Doppio, this might be FTPs of 320 to 390, with an average around 360.  In the Vienna Espresso, the figure was generally 210-280,with an average of 245.

In the top teams, the spread of ability in terms of FTP was around 10% either side of the average, with very few riders falling too far out of this. Where there was a potentially weaker rider, with an FTP more than 15% below the team average, you should consider these riders doing very limited turns. Beyond 20% lower and they really just need to be in the draft, helping the group speed effect, as they are just not sufficiently powerful enough to lead.

This is where my DS spreadsheet really helps to layout the capability available. It will also highlight who is well above the average and can do longer pulls! I have used this method effectively before, asking one of a team to ride threshold in draft for the duration, keeping the team as large as possible.

The top teams (and way beyond) use a pace line, with remarkably similar 30s power surges above FTP and overall average race power compared to stated FTP, when expressed as a percentage.

Nothing new perhaps, but consistency is key. The more even and regular the turns, typically 20-30s, the faster the team.

After a race, the best team’s amalgamated Companion apps traces tend to look like this. See how the peaks of effort follow each other smoothly, certainly early on, even if they get a little more ragged later.

So, how much power are we talking in these intervals in reality? The video is about the very best teams, so the numbers generated are going to be out of the reach of many. But in case you are interested:

However, I was more interested in how did these numbers compare to the stated ability of the riders. As mentioned previously, Zwift Insider research of 4 riders, showed intervals 120% of FTP was needed on the front, for a group to beat their own FTP blob, whilst having a lower than FTP average for the race.

However, all the top teams are easily surpassing this figure

Turns were usually around 30s, with then 3.5mins of comparative rest.

This makes sense because if you have ever used TrainerRoad or Sufferfest, generally the Vo2 max workouts get you doing 120% of FTP for 2-3mins, which is taxing. So repeated efforts of ‘only’ 30s, should be doable at higher than this. Also similar across teams was the ‘Race Average’ power – typically, the average of each person was around 95% of their FTP.

So what are my top tips for making sure you are really getting the best you can as a team?

This kind of session is pretty unique, indoors or out, and there are not many training workouts that you can use… so I made some. You can find a link to a full workout, including Warm Up, that simulates what a Zwift TTT should feel like, at my website, along with a link to instructions on their use from Zwift and Zwift Insider.

If you really want to take your team results to the next level, you could download the 6-rider set of files, create a ‘Stay Together Meet-up’ and choose a file each for a rough simulation of how a Team Time Trial should look. It will allow the team to do a guided effort to see how hard they can go and practice the communication required before doing it for real.

With that, thanks for reading!

Editor’s note: this article was originally published at zwift-ds.com, and is reposted here with permission from the author. 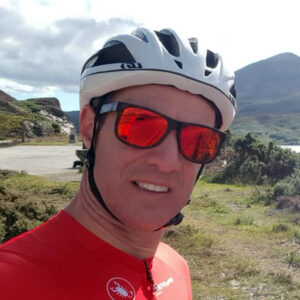 Paul has raced age group triathlon since 2007 and dabbles in some CX in the winter. He joined Zwift in January 2018, having been a devoted TrainerRoad and Sufferfest user before that. When not using Zwift (mainly for training) he regularly acts as DS for teams in the WTRL and ZRL, professing to enjoy the planning more than the riding!

Hi Trevor. No Problem at all. Thanks for taking the time. If you watch the video all should become clear! 🙂

Hi Mike. Yes, you are right. Zwift does factor in height and therefore CDA as part of the equation. At the end of the day, there are many variables that go into the calculation of the Zwift algorithm, and I don’t have the time or brain power to unscramble it all… 🙂 In fact, ZI also did a test on this and 6 inches can make a difference of several seconds. But, 6 inches in height difference is quite a lot and it doesn’t necessarily equate that two riders of 15kg in weight difference might be also 6 inches in… Read more »

Hi Paul, thanks for this. We used this approach today as a team of 9 with varying stats and it worked well. On tick tock for a club TTT. We aimed at 390w on the front and 6 out of the 9 riders took turns of varying lengths depending on how long they could hold the target 390w for. We had some big guys who could hold it for a few mins but some for 30seconds. But… I am a 51kg female with an ftp of 233w. I ride at a high w/kg but can barely reach 390w so I… Read more »

Hi Katie, thanks for the message. Firstly well done on the TTT and glad that some of my suggestions rang out with you as a group. I would say you probably have it about right doing what you are doing. After all, at those power numbers you would have to be super human to be able anything more than a short sprint at those numbers on the front. But, even at the back, probably riding at threshold throughout, you are helping the team. I have definitely tested more numbers and even just your presence in the group is worth maybe… Read more »

Brilliant! Thanks so much Paul!