GCN vs. Zwift – watch Si Richardson take on the field 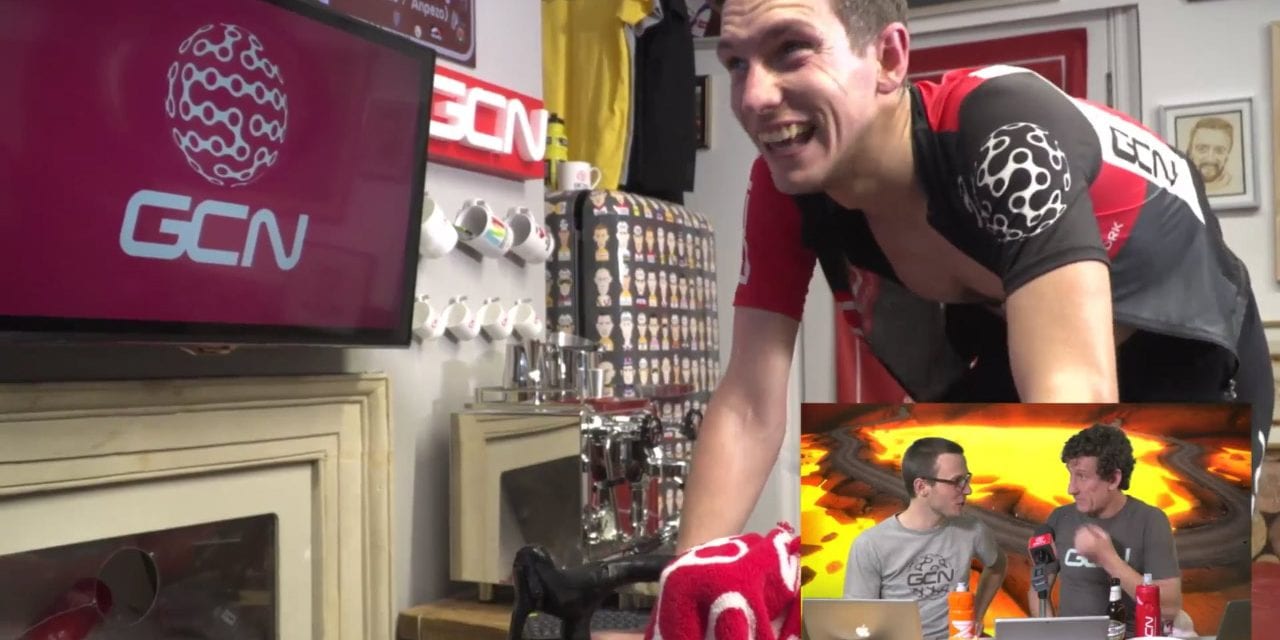 Global Cycling Network (GCN) just finished their live broadcast of the KISS Europe race, which included GCN’s own Simon Richardson racing in the A’s. As always Matt Stephens and Tom Last made the broadcast interesting with their running commentary, and with ZwiftOnBoard cameras going we get to see various riders racing.

Watch the full race broadcast (it begins at the 4 minute mark):

The race covered 4 laps of Watopia’s Volcano Flat route. Spoiler alert: Simon got dropped from his group with ~1.3 laps to go. It looks like he made the common mistake many Zwift racers make–of losing the pack on the dusty dirt road when he loses visibility. You can see Si was hurting on this stretch, and my guess is some of the A racers attacked hard on this section.

Simon ended up soldiering on solo, finishing just under 2 minutes back. According to preliminary ZwiftPower results Si averaged a whopping 5.4 w/kg and 390w for his effort… but I think those numbers aren’t accurate. Perhaps Si’s Strava data isn’t linked to his effort?

At one point in the broadcast, Matt mentions that 5500 people were watching the stream. The video on Facebook currently shows 98k views! Keep in mind, though, that this race wasn’t publicized as well as GCN’s last attempted broadcast a few weeks ago, which resulted in a massive turnout of racers.

Around the 4:47 mark my very own Watopia map shows up in the video. Does that mean I’m GCN famous? Nope. But it’s still pretty cool.