4 Zwift Events Not To Miss This Weekend 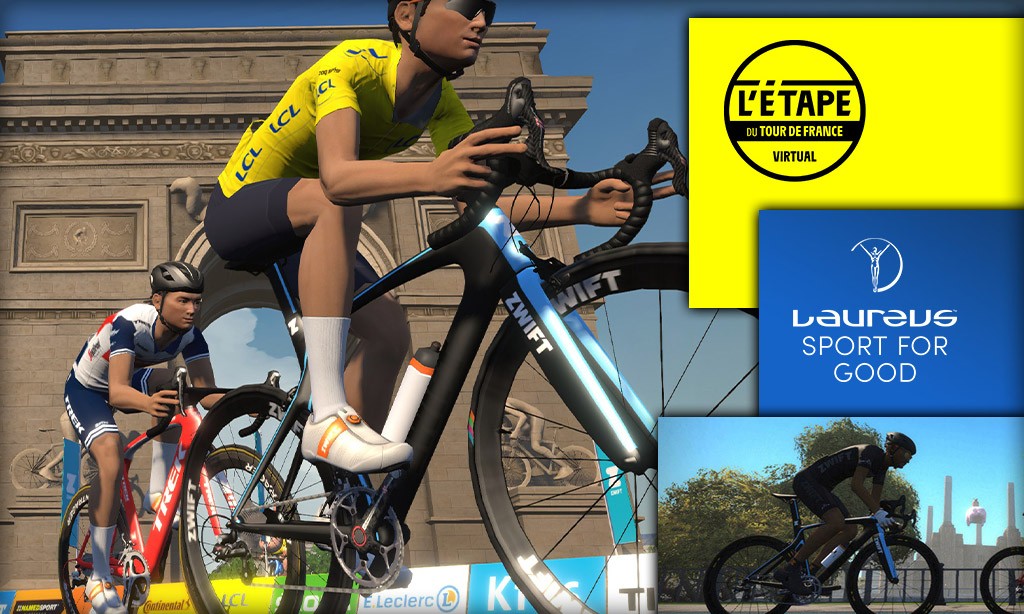 This weekend concludes the Virtual Tour de France along with the massively popular L’Etape du Tour series. You’ll want to participate in those, but there are a couple of other standout events as well – here are our picks!

Special thanks to Jesper at ZwiftHacks with his Events app which provides powerful event filtering tools that help us create this list each week.

This weekend is the final stage of L’Etape du Tour, and it’s a tough one! Come take on the Ven-Top route, which takes you up Zwift’s newest and longest climb – Mont Ventoux! The timed climb section is 19km long, with 1480 meters of elevation gain.

Tomorrow is our final weekend of Virtual Tour de France action, and you don’t want to miss it, as the two race routes are the most iconic yet – Mont Ventoux and Champs-Élysées!

Founded under the patronage of the great Nelson Mandela, Laureus Sport for Good uses sport as a powerful and cost-effective tool to help children and young people overcome violence, discrimination, and disadvantage in their lives.

Nelson Mandela spent 67 years of his life fighting for social justice, so we’ll be riding for 67 minutes. Groups are categorized by pace.

Want to contribute? Head to the donation page.

Ready to go long? You won’t find many group rides on Zwift that go for 300km! The ZHR Audax rides aren’t a race, but a personal challenge. An Audax is a cycling event in which participants attempt to cycle the distance within a pre-defined time limit. It is a non-competitive sport: success in an event is measured by its completion within the specified time limits, and receive equal recognition regardless of their finishing order.

The category you select determines your length:

Thanks! I always look forward to the not to miss this weekend posts!