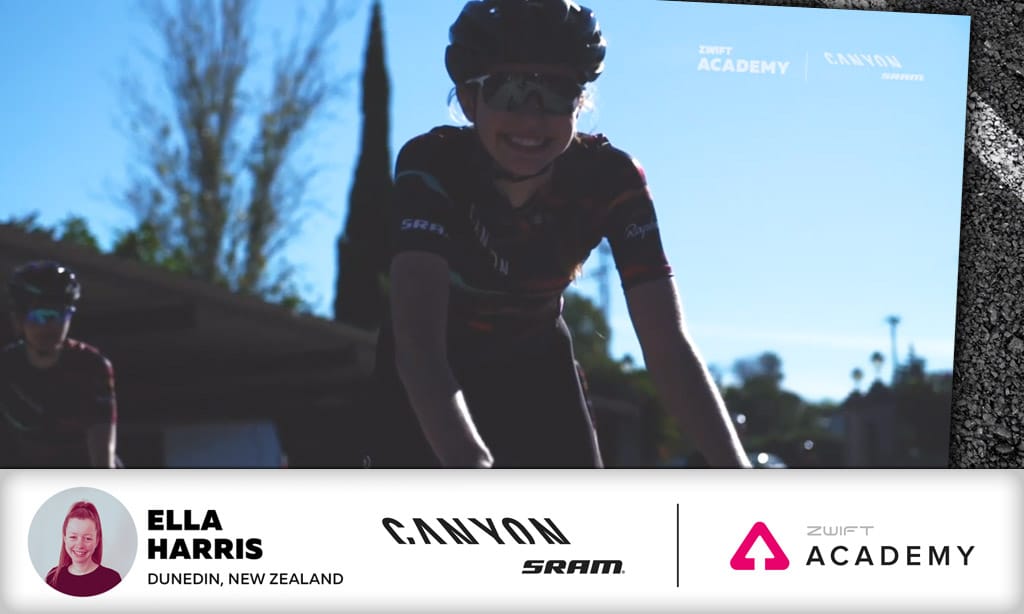 Ella’s Zwift Academy win earned her a contract with Canyon-SRAM racing, and that contract was renewed again for the 2020 season. She was racing for the New Zealand national team at the Sun Tour, however. With this win, she also took the mountain classification for the 2-stage tour and fourth overall.

The stage began with a 30km descent and ended with a 30km climb. In an interview with Cycling Weekly Ella said:

“I kept getting dropped so I just kept dieseling myself back on, then with about 500metres to go I felt like I had a little bit more power than everyone else. To cross the line in first after the surprise crosswinds yesterday, I can’t believe it, and it means so much to me. I’ve got so many people to thank and I am just ecstatic.”

Watch this set of videos from Zwift to learn more about Ella, including her comeback from a broken collarbone:

Here is the link to the full stage on GCN racing youtube channel:
https://www.youtube.com/watch?v=hVTFPQOcn-Y
Highly recommended if you like exciting mountain-top finishes

Note: the descent at the start of the stage was removed due to weather conditions