Equip Your Virtual Self at Zwift’s New Drop Shop 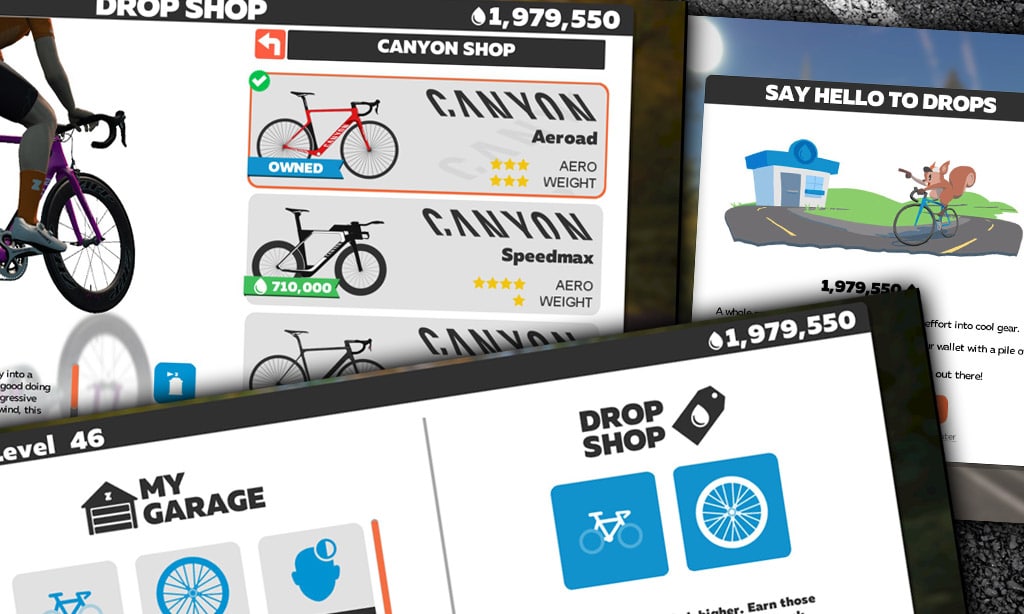 Zwift has just released its long-awaited virtual store, named the “Drop Shop”. Here are the basics, with much more detail to come in future posts.

First, a quick rundown from down under with Shane Miller:

For the first time ever, Zwifters have a virtual currency which can be used to buy stuff in Zwift. That currency is called “Drops”–probably because it’s based on your drops of sweat. While we’ve heard that Zwifters will be able to accumulate Drops by completing certain challenges in-game, the most basic way we earn Drops is by burning calories on Zwift.

There are also conditions which cause you to accumulate Drops faster. Here are two we spotted:

The drops counter is located just below your ride timer, always visible in game:

And before you ask: Zwift has been very firm that you will never be able to buy Drops using real money. You’ve got to earn them through your own efforts in Zwift!

Start With a Full Wallet

Zwifters were given a certain number of Drops based on their level in game, so they could go on a bit of a shopping spree right away. But even level 50 Zwifters only received around 2,000,000 drops, which is good enough for just two or three high-end bike frames at today’s Drop Shop prices. It’s clear Zwift wants Drops to be a carrot for every Zwifter. 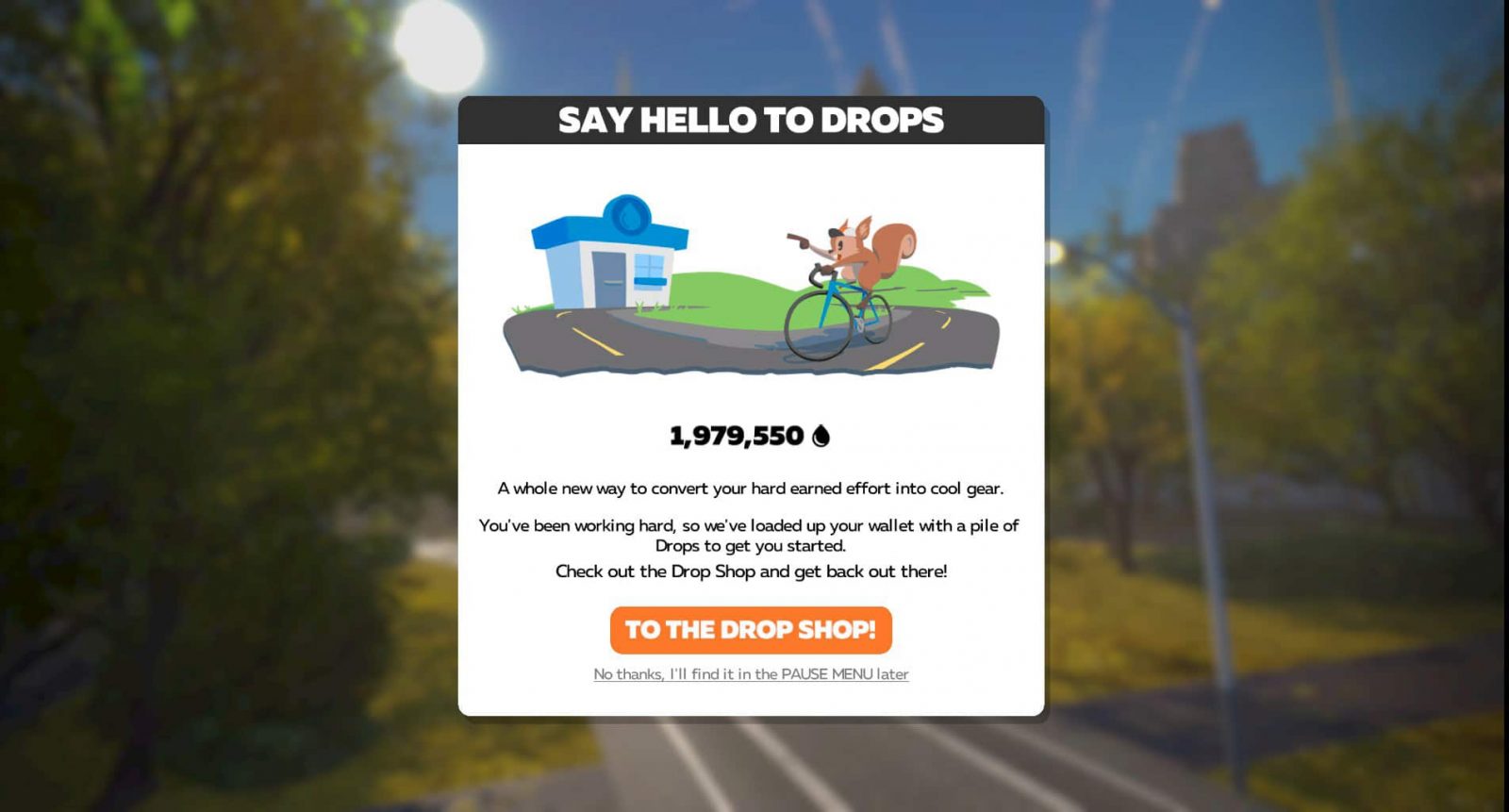 Currently, the Drop Shop only stocks bike frames and wheels, although I’m sure other goods are coming soon.

Lots of new bike frames and wheelsets are available and we’ll be running speed tests on them ASAP.

TT fans will be happy to see several new TT bikes available. And it appears Zwift has released the “Safety Bike” as a sort of high-dollar, exclusive ride. At 3.5 million drops for the frame and 710k for the wheels, the Safety rig is far and away the most expensive bike setup in game!

Here’s the complete list of frames and wheels available.

Some of the items now available in the Drop Shop were previously available only as level unlocks (levels 1-25). These unlocks have been changed with today’s game update, so only “soft goods” like jerseys, hats, gloves, etc will be given as level achievements moving forward. Leveling up now gives you access to purchase certain items, but you also must have enough Drops to make the purchase.

We’ll be updating our list of level 1-25 unlocks soon.

What’s Next, and Your Comments

Comment below if you have further questions or comments on the new Drop Shop. It will surely be the topic of many future posts as we begin to test virtual equipment and learn more about how to earn Drops!

The Drop Shop only shows wheels compatible with your currently-selected frame. So switch to a normal road frame, then go to the Drop Shop and you’ll see all the road wheels.

Zwift urgently needs to improve the way he rates the performance of each bike and wheel in the game. Rating from 0 to 4 is very little information and even disrespect and disregard for the brands involved