Attacking and Defending (Skillz and Drillz) 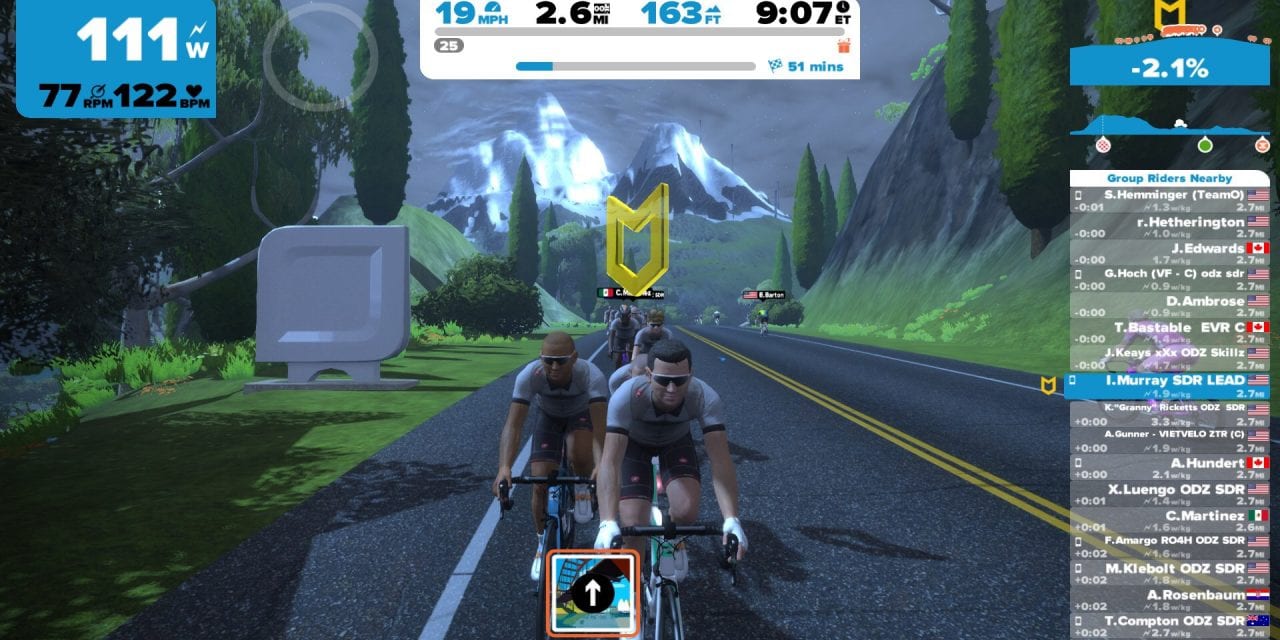 As a race unfolds, you have to be cognizant of where you stand in relation to the group in which you are riding. Riders have different strengths, and you have to play to yours. If you are a strong rolleur but not a great sprinter, you have to think of places where you can attack the group to try to get rid of the sprinters or simply get away. If you are a strong sprinter, you have to focus on responding to attacks well before the sprint to remain in contention. In today’s class, we covered the basics of attacking and defending. Part of the class can be watched below.

.
Attacking and defending is a tricky thing. Do it too often and you won’t have enough gas left in the tank for the finale if you can’t escape. Do it too little and risk bringing people who otherwise may not have made it to the finish. Likewise, defending is equally as tough. You cannot chase down every attack, or your matchbook will be empty very quickly. But, miss one move, and the race is over.

So that begs the big question: how do we do it? 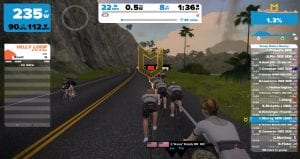 In today’s class, we covered the basics of attacking and defending in a very controlled environment. The group was divided into three based on the first letter of the last name. This was done to keep things from getting too stretched out and make the small groups more manageable. To kick it off, we rode at 1.5 W/kg after finishing our warm-up. When instructed to do so, each group accelerated to 2.5 W/kg and held it for a period of 30 seconds before settling back into a 1.5. The idea was to accelerate to 2.5 as quickly as possible in an effort to create a gap. After the groups came back together, we repeated the exercise two more times, each with a progressively more aggressive acceleration to a higher W/kg before settling back at 2.5.

Remember, this is an attack, so the changes have to be quick and violent. Otherwise, it is simply a ramping up of the pace that allows your opponents to ride comfortably in your slipstream. The goal is to create a gap as quickly as possible to force others to work to go with you, reduce the field, and/or try to escape. Once the gap has been opened, it is no longer necessary to keep drilling the pace at a supra-threshold effort, so the attackers can ease back into a pace equal to or slightly higher than that of the chasers behind…until the next attack, that is. The key part to setting the post-attack pace is simply having a good understanding of how much you have left in the tank and how long you have left in the race. This year’s E3 Harelbeke was a great example of measuring the attacks. The winning move came from one decisive attack launched from a distance that was manageable at a hard effort. Prior to that move, a number of the other pre-race favorites had launched a series of unsuccessful attacks, causing them to burn that one match too many and unable to respond to Gilbert’s move to bridge to the break. Only GVA and Oliver Naesen could go with him in the end, as he executed a string of short attacks that whithered the legs of the front group. While Gilbert ended up with second, his moves put him in a much better position in the finale than had he gone to the sprint up against Boonen and Sagan in addition to GVA. 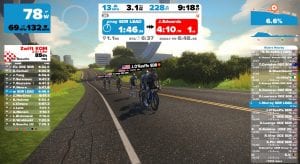 After finishing up the first set of exercises, we moved in to the attack and defend portion of the class. Like in the first round, we kept our three groups but designated a group leader who would initiate all moves. Additionally, we established some rules about attacking and responding to keep the exercise from devolving into chaos. Group 1 would initiate the first attack, accelerating to max power and then settling to 2.5 for 40 seconds followed by a return to 1.5. Group 2 would respond in a similar fashion, keeping the 2.5, though, until making contact with Group 1. Group 3 immediately followed Group 2. However, upon making contact with Group 1, Group 3 attacked with Group 1 defending. As such, we had a never ending cycle of attack and defend. After a few minutes of this drill, riders were allowed to launch the attacks and responses at a higher W/kg and respond as soon as he/she identified an attack without waiting for the group leader. This process rounded out the remainder of the class, providing ample opportunity to recognize attacks and judge the response.

As I mentioned earlier, responding to an attack is a tough job. Mental math on the fly while lactic acid courses through your leg muscles and your heart beats out of your chest is a difficult task to accomplish. Therefore, the best way to conserve without being caught out is to have a good situational awareness and maintain a good position in the group. Recognizing the attack as it begins allows you to get in the draft of the attacker without having to commit to an intense bridge over a bigger gap. Remember, your attacker doesn’t necessarily want you to come across. It is much easier to win the sprint finish if you are by yourself than of you have a breakaway partner. At the same time, not every move can stick. If a mid-level rider makes a big move off the front early in a race, chances are there is no need for a big response, as the group will likely pull the rider back over time with relative ease. Like I said, though, it is mental math which means that there is a risk. Check out the last few kilometers of Gent Wevelgem on 26 March. Man-beast Peter Sagan sat up when GVA pressed the pace. Sagan wanted Niki Terpstra to cover the attack, as Sagan had covered the previous three. Terpstra politely declined, and the gap opened, never to be closed. Sagan’ decision, right or wrong, cost him a chance at the win. 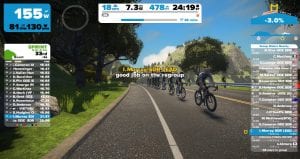 There is no easy answer to the question of whether you should attack or cover the attack. A solid understanding of your fitness level, the course, and your opponents go a long way towards influencing your decisions. If and when you decide to go, you need to commit. Anything less than a full-on attack or response will likely turn into failure. Give it all you can, and your chances of success grow exponentially.

That’s it from this week’s SkillZ and DrillZ. Thanks to all who participated and to Castelli and Zwift for sponsoring the ride. On 29 March, we will be back with another class where we will focus on launching attacks on the short, punchy climbs of the Volcano route. Until then, Ride On!