I started Zwifting in January of this year after selling my other exercise bike. (I can’t decide if it rhymes with telethon or not).  My first Zwift setup was a dumb trainer with cadence and speed sensors added, hooked to an old Apple TV and an even older TV. And it worked just fine.  Really. I sat on my bike and pedaled while watching the tv screen.

Secretly though, I hoped to like Zwift enough to justify jumping into the 4K, smart trainer arena.  I’m kind of a gadget weenie so I knew if I liked Zwift, many new dingles, dangles, and dongles were in my future.

Well… I liked Zwift.  A lot.  So I upgraded to a Wahoo KICKR, an Apple TV 4K, and a new 4K TV.  And that’s when the real trouble started.

My lovely wife also rides and runs.  A lot.  But she tried the telethon bike (exactly once) and said it wasn’t for her.  Add to that the fact that she’s not a PC gamer, and I simply never imagined she’d like Zwift. So I started to create the Zwift ecosystem that made the most sense to me.

I got used to the new smart trainer and video setup, and to my surprise I could tell my wife was interested in trying Zwift.  So she did.  And she liked it. A Lot. Trouble.

Apple TV and Zwift work just fine.  Really.  But I’ve been playing PC games since before there were graphics, and I knew there were better Zwift visuals and performance possible on a PC with a beefy graphics card. More trouble.

My wife didn’t understand why I would ever want a better video experience because “it looks just fine to me.” But I just couldn’t stop thinking about a better system so I bought a refurbed PC with a strong graphics card and hooked it all up.  Better Zwifting ahead!

I couldn’t wait for her to do her first ride on the new rig and experience the new buttery smooth 4K graphics. The first time I rode I was blown away by all the new details and the smooth scrolling scenery as I rode around just taking in all the visual goodness.

So she did. And she said with a sniff and a shoulder shrug, “Looks the same to me.”

“What?  The same!?  No way! It’s TOTALLY different!” I blurted as I pointed out all the new things to look at.  I was shocked she couldn’t see it too!

“Well… maybe, but I never look over there anyway…” Oy.  How could she not see it?

It really bugged me.  A lot.  How could she not SEE IT? Puzzled, I went back through every setting on Zwift, the PC, and the new TV to make sure all were set to highest performance specs and true 4K resolutions. Just in case I’d missed something, because I knew it wasn’t “the same.”

And that’s when I saw it.

An hour later, it was hooked up and I was riding through Tempus Fugit in REAL 4K!  What a difference this makes!  I couldn’t wait to get my wife back on the trainer so she could FINALLY see what all my fussing was about.  She shook her head as she got on the trainer and began her ride.  I was in shock when she said, again, “Looks the same to me…”

Awww come on!  “But look at the rocks and birds and the trees and the leaves and the shadows and cracks in the road and the cute little fishies and ohhhh!!  Look at her pink socks!! and…”

Having met my match in her once again, I realized that I still dearly love, and am still married to my wife of 34 years.  And she’s still right.

And I have a kickass true 4K smart trainer PC Zwift setup in the garage I get to ride every day.

And it’s all her fault. 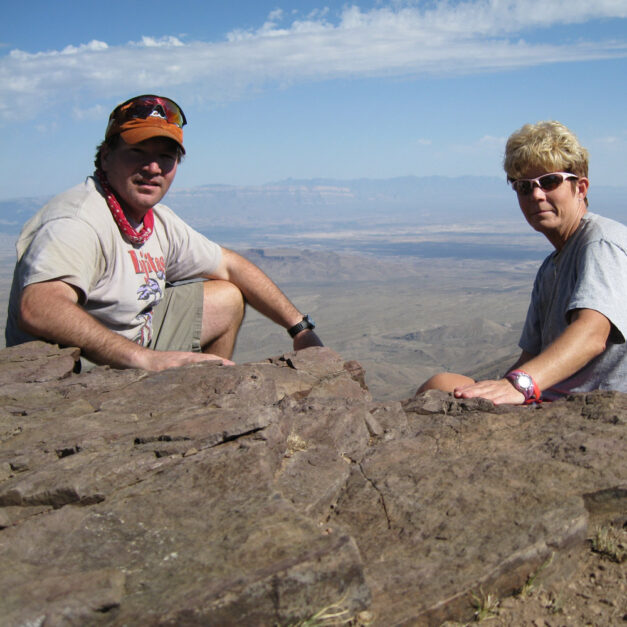 Kevin Smith
Kevin and his lovely wife Beth hang out and play in Central Texas where they live with their four Chihuahuas. Both are avid cyclists on road and mountain bikes, including tandems of each type.

I’m a bit of the above and just currently looking for something to run Zwift in 4k but doesn’t the Apple TV 4K give you the same performance/visuals?

I’ve got a AppleTV 4K and it’s great for ease of getting up and running BUT if you look there are lots of little things that it doesn’t do, like shadows of the riders, they just simply aren’t there on the Apple TV

AppleTV doesn’t give you the same performance OR visuals as a decent PC.

Interesting snippet from the MacWorld website from the 26th March with Apple reportedly set to announce the next generation of ATV. The focus is set to be on Apple Gaming Arcade accessed through the ATV and packaged with a games controller. “Indeed, a Bloomberg report on 1 September 2020 suggested that Apple is giving the Apple TV a faster processor “for improved gaming”. However, that report indicates the new Apple TV might not launch until 2021. Should Apple decide to use an A14 chip instead, that would allow vastly improved graphics performance and up to 6GB of RAM, according to the 9to5… Read more »

Agree, but I’m running 2 trainers in the room for wife and I, so 2 Apple TV’s work fine. Far less expensive than buying a new computer.

Is this something AppleTV could fix, or is it on the Zwift side?

Zwift limits it’s rendering, to all it can do with the current hardware. but if apple upgrades the hardware, it doesn’t mean that Zwift will automatically use the new hardware, it depends if the code has been written to “run harder” on better hardware, on a Apple TV …. so it’s 6 of one, half a dozen of the other, Apple need to upgrade the hardware. Zwift needs to make sure the code is there to use it, the code might already be there (it must be similar to the PC / Mac code) but it might not, as it… Read more »

As someone that doesn’t understand all the fuss about using a fancy gaming rig or even a 4K AppleTV, I’m with your wife on this one. I use an old 6th generation iPad out in the garage for my Zwifting. I just started in early January and just crossed 3,000 km’s and have been quite happy with the setup.

With a little luck the next generation AppleTV is right about to be released. With hopefully better Graphics.

Try 4k120FPS. When I move zwift from my tv to my monitor, the fluidity is noticeable. You can tell right away the wheel rotation. It is not that important for the game itself, but it is visually noticeable.

Yep, often I use the 0 key and setup the camer alongside the peloton. Something very relaxing about watching the wheels and legs spinning smoothly.

The main difference is with the ‘Ultra’ rendering making the experience much more engaging. Even my wife thinks so! But as far as I’m aware the only things rendered in 4k on a 4k rig are the text boxes either side and top. I believe the actual game is still rendered in 1080p.

It’s rendering in 4K but the textures in Zwift are pretty low res so you don’t really see much of a difference. His wife was right 🙂 You do see a difference in smoothness by upping the frame rate and I think that contributes to the realism more than anything.

There’s a really good Facebook group that is great at separating the fact from the fiction on this subject. https://www.facebook.com/groups/zpcmr There’s a useful ‘Files’ section that you should check out first, but if the information you’re looking for isn’t in there the guys in the group are extremely helpful. I used the information to build an ‘Ultra’ Zwift PC that looks fantastic with high frame rates and smooth graphics for £260.

Hi Steve,
Would you be able to shed any light on your set up and was it pretty straightforward? Cheers

I’m addicted to my immersive 110″ screen, so the projector is the limiting factor for me, not the ATV. The 4k gaming projector prices are starting to drop, so, hopefully, by the time I get one the M1 Apple TV will also be around with PC-equivalent graphics. Maybe they’ll also improve the remote UX! And seal it a little better. Mine has had so much sweat on/in it you have to tap it on a table to get some of the buttons to pop back up.

I feel your pain. A couple of months ago, our car ticked over the 100,000 mile mark and pulled over, snapped a picture and sent it to her. Her response? “So what?”

And what happens when she wants to be on Zwift at the same time as you??

She wins. That’s what happens…

I have the AppleTV and agree the graphics are not the best, but buying a new computer is way too expensive. Wife and I have 2 smart trainers in the room. Funny thing, been riding Zwift for 4 years and she wasn’t into the gig. I said try it. She’s now been riding since November 2020. Two Apple TV’s is fine and less expensive.

Couldn’t agree more Dan. The Apple TV is a perfectly good solution. And it’s a fraction of the cost of a PC. The gadget weenie in me won out this time. If I hadn’t been a PC gamer, I’d still be enjoying my Apple TV setup.

What PC spec did you go with ?

My wife and I have side by side setups with Kinetic smart trainers and two 45″ tv screens (neither are smart TVs). She usually runs Zwift on her iphone (I don’t know which version, but it’s at least 2 years old) and I run Zwift on my 3 year old ipad, both bluetoothed to the trainers. We connect each to our respective screens with standard cables, nothing fancy. However, the iphone renders Zwift in far more detail (shadows, crispness, text, etc.) than the ipad. It has nothing to do with the screens, as I switched them to test and get… Read more »

Does this game even have 4k textures? I run at qhd just because it’s native and I already have the gamer setup, but I’d be hard pressed to justify spending any money to run zwift above 720p, the engine and graphics are pretty bad. Like 15years behind current AAA games bad…

Some news on Apple TV. https://apple.news/Au6v-56MQT8SqQO1HqGuEBw