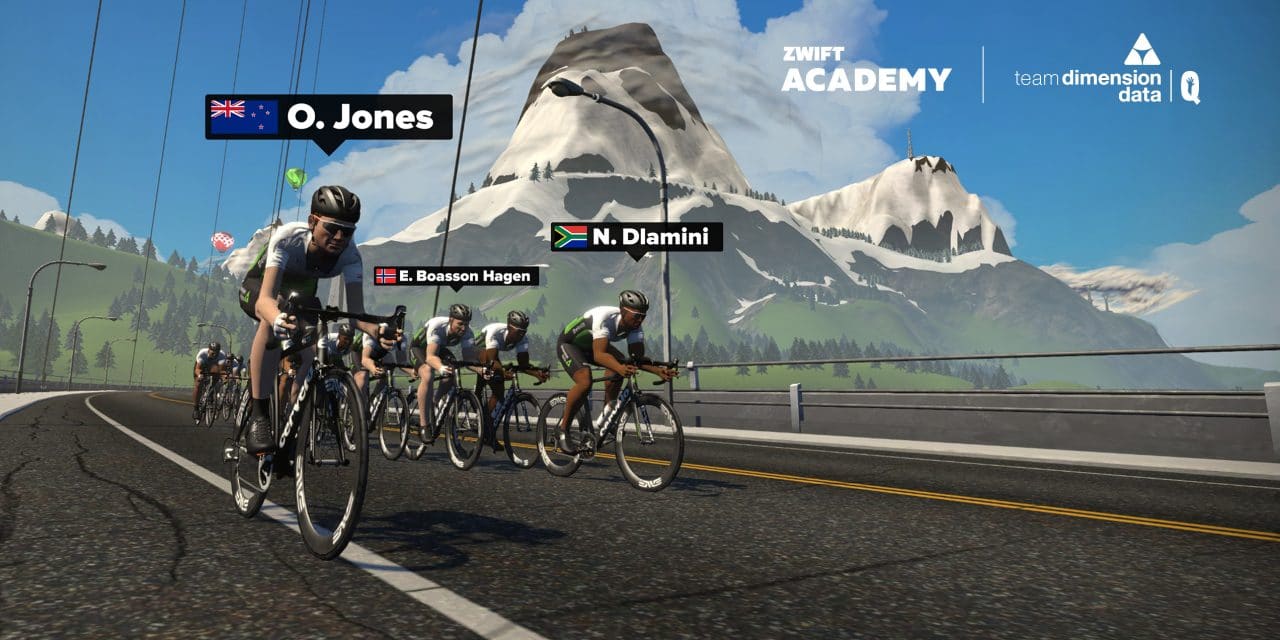 To qualify, riders had to complete a  structured program of group rides, races, and workouts in Zwift over a eight week period. Starting October 15 these athletes will continue to the next round of cycling tests to determine who will advance to the finals at their potential team camps.

A Look at the Numbers

This year has seen 5,000 women take part in the CANYON//SRAM Racing | Zwift Academy, over double the number of participants from 2018.

On the men’s side the 10 semi-finalists from the Team Dimension Data​ | Zwift Academy emerged from a staggering crop of 30,000 cyclists from across the globe.

Following the end of the semi-finals, twenty will become six. These six finalists (three from each program) will travel to their respective week-long team camps in Cape Town, South Africa and Malaga, Spain to ride and complete structured drills with their prospective teams, after which two professional contracts will be awarded.

More information on the 10 Men’s Semi-Finalists >

More information on the 10 Women’s Semi-Finalists >